A former Wiltshire College & University Centre student has returned to become a lecturer for Gamekeeping students following in her footsteps.

Chelsea Bubb first joined the Lackham campus in 2011 whilst studying for a Foundation Degree in Countryside Management, before then topping up her degree to a bachelor's at the Royal Agricultural University, graduating in 2014.

Now Programme Lead for our Level 3 Land & Wildlife Management (Gamekeeping) course, Chelsea returned to share the knowledge she gained both as a student and from her time working in the sector, with the next cohort of students.

She said: “Heading back to Lackham for my interview was an odd feeling. It made me realise how lucky I was to study at such a lovely college, surrounded by great facilities.”

Chelsea developed a passion for the industry after her Grandfather introduced her to shooting from a young age, and she was instantly hooked.

Speaking about her inspiration and journey into Gamekeeping, Chelsea said: “My grandfather at the ripe age of 80 is still running a shoot and has been a Gamekeeper for the last 20 years. Like his father before him and most of his siblings, you could say field sports and keeping is in my blood!

“My career aspirations were most definitely questioned when I was at school. Gamekeeping was still very much a man's world and I'm sure most people were convinced I wouldn't make it.

“On completion of my second year at Lackham I was offered a Gamekeeping job on a local shoot. I jumped at the chance and managed to work on the shoot and complete my degree at the same time. It was demanding both physically and mentally.

“However, I was determined to prove I could succeed, and managed to compete my degree with a 2:1 and gave the shoot I was working on the best returns it had ever seen. Hard work, dedication and doing something you love are the key to success. As the saying goes, if you love what you do, you'll never work a day in your life.”

The 1600-acre estate at Lackham is what attracted Chelsea to study at the College. The countryside setting offers a vast outdoor classroom, meaning every lesson immerses our students into a practical, industry environment.

Gaining not only a foundation degree, but other qualifications such as an All-Terrain Vehicle (ATV) ticket enabling her to ride a quad bike for agricultural use and chainsaw qualifications, Chelsea said: “I really enjoyed the variation the course offered, and the practical and theoretical skills I learned have been invaluable while working within the industry. They've also aided in other areas of my life and I'd like to think I'm a dab hand at DIY!”

12-month-old Dudley, a Wire-haired Dachshund, is Chelsea’s latest recruit. After his first few day’s beating on the College shoot last year, Chelsea said: “He's a cheeky chap and everyone who meets him can't help but fall in love. He took to the job like a duck to water.” 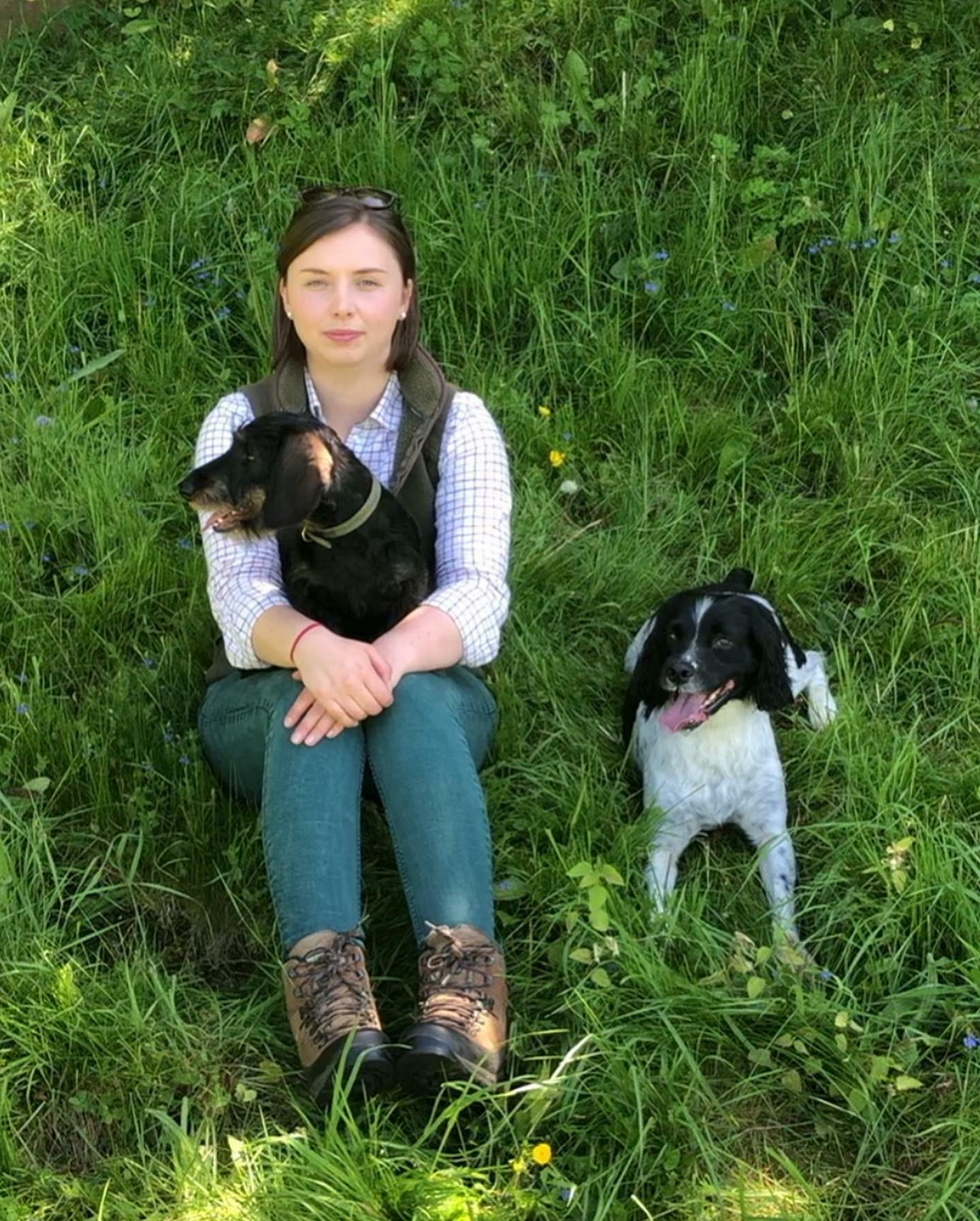 Land Based students meet CEO of The Institution of Agricultural Engineers