This site requires Javascript for general functionality regarding searches and applying/validation for courses. Please enable Javascript for this purpose. Employer Andy Reynolds talks about the benefits of apprentices for business | Wiltshire College & University Centre Skip to Content

Andy Reynolds is no stranger to apprenticeships.

In fact, he’s a huge advocate for them, having had at least one apprentice every year since 1992!

Andy, who owns A J Car and Truck Services in Frome, is proud to be able to say that everyone who works for him is or was, at some point, an apprentice with him. And that isn’t just mechanics – even one of Andy’s receptionists started as an apprentice!

It was in 1991 that he set up the business in an 800 sq ft workshop in Frome, trading as a one-man band. The following year, Andy employed his first apprentice to support him as his business expanded and this was the beginning of a hugely successful apprenticeship journey.

Andy said: “Apprentices are a huge benefit to a company and I’m proud to have helped train the next generation of mechanics with the skills needed for my business.”

Over nearly three decades, Andy has expanded his business, moving to bigger premises and specialising in repairs and servicing of cars, vans and HGVs. The business prides itself on customer care, being able to take care of an individuals’ needs, yet professional and capable of handling national contracts.

Over the years, Andy’s apprentices have won awards through the College for their dedication to the apprenticeship programme and in 2020, Andy himself was delighted to win the Small Employer of the Year Award at the Colleges 10th Annual Apprenticeship Awards.

In a bid to continue spreading the importance of apprenticeships, particularly for mechanics, Andy sits on the Independent Automotive Aftermarket Federation, representing independent garages and championing this route for those aspiring to work within the industry.

Despite the pandemic, Andy is still employing apprentices and has just taken on a new light vehicle maintenance apprentice through the College.

He said: “It would have been easy for me not to employ another apprentice because of Covid-19, but I continued with my recruitment plan to develop technicians and give them the skills needed for their future and my business. If not, I would feel the shortfall of staff in about four years time.

“I employed Owen as an apprentice in September and have been able to give him more 1-2-1 training as I have been in the workshop. He is probably around four months ahead of where an apprentice would normally be. I think that Owen has been forced to mature in a professional capacity quicker because of the pandemic. His attendance has been impeccable, with Owen coming into work every day.

“Andy Debell, an assessor at the College has also been fantastic support.” 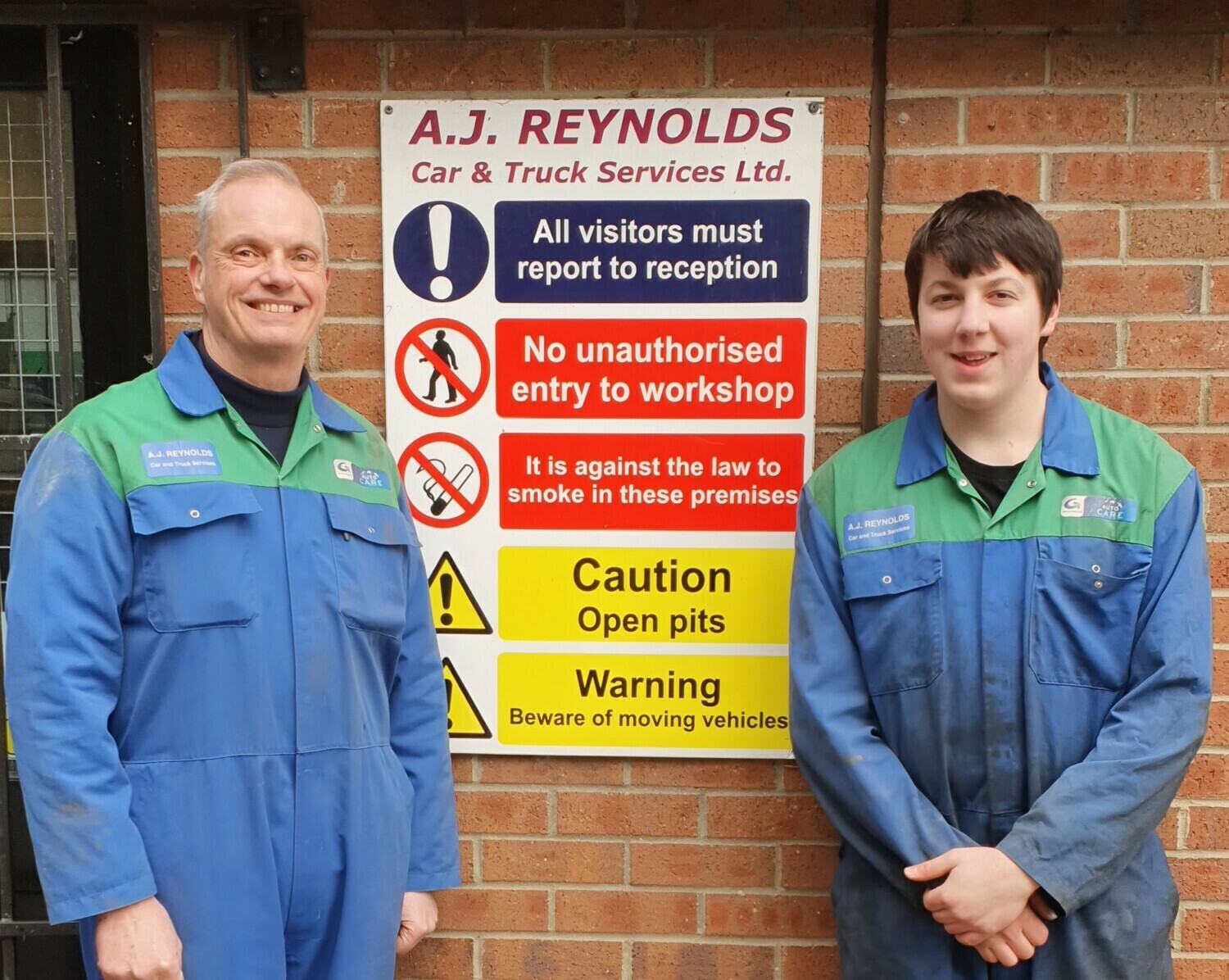