Kieron is a skilled film professional with experience of working both behind the camera and in the editing suite and is the Programme Lead on the College’s BA (Hons) Film Production and Cinematography course.

Joining the College as a full-time lecturer in September 2008, Kieron initially taught on the HND Film and TV Production course. In September 2009, the programme changed to the BA (Hons) course it is now, with Kieron becoming Programme Leader in 2020.

Under Kieron’s leadership, the course won two prizes at the prestigious Bill Vinten GTC University Awards in 2021. The most prestigious film schools in the country all submitted their best student work, with Wiltshire College & University Centre winning the top student prize as well as the coveted University Trophy.

His career began as a cameraman and editor, working for ITV as well as several independent companies. He then moved into commercials production as a visual researcher and director’s assistant, producing mood boards, storyboards and help developing develop scripts and treatments for big-budget television commercials.

Kieron says: “Film is everything to me, whether it's watching films, analysing them or discussing them. I consider myself a student of film myself and I learn more about film every day and I love to share what I learn with students who love film as much as I do.

“Your success is entirely down to you and our experienced staff will give you all the support you need to make the most out of your own hard work and ambition. Students are constantly making films and therefore constantly learning from mistakes. If you work hard on this course and utilise the support and resources available to you, there is no reason why you could not find success in the film industry as so many of our graduates already have.”

Kieron has also worked as a director of photography for small projects, such as short films and TV pilots, and recently shot a short horror film that will be in festivals in 2022. He is also developing a War of the Worlds feature film.

Apply for this course 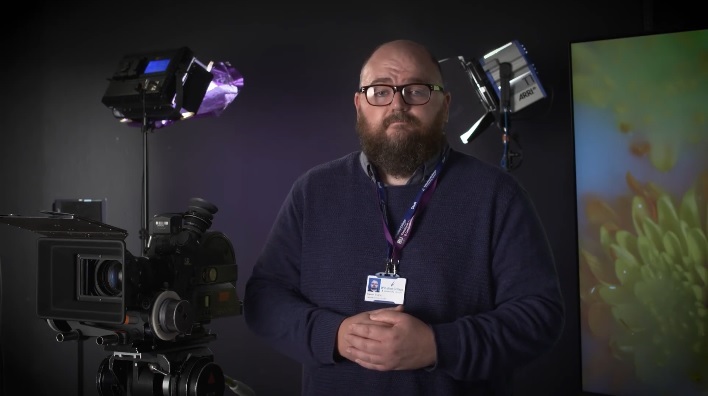