Back to course search 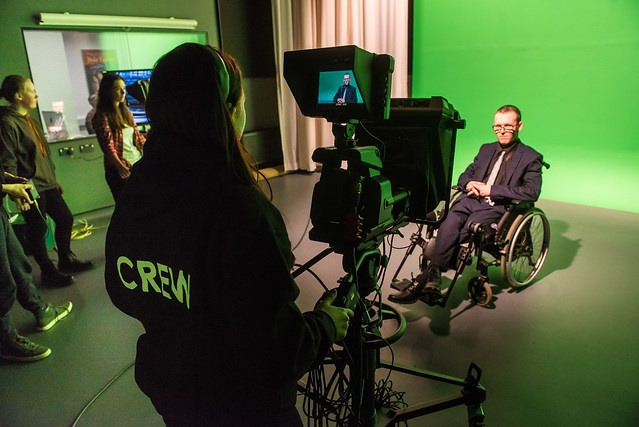 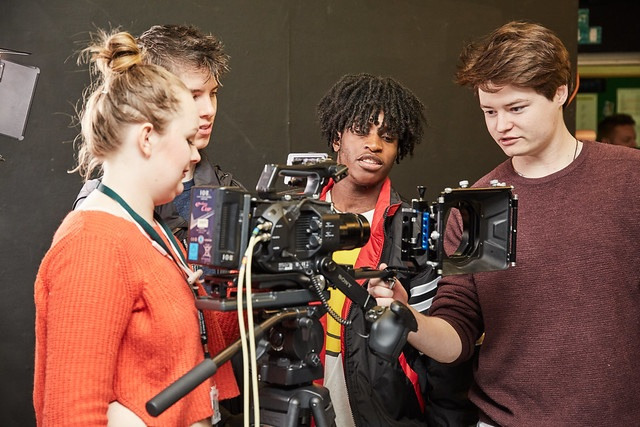 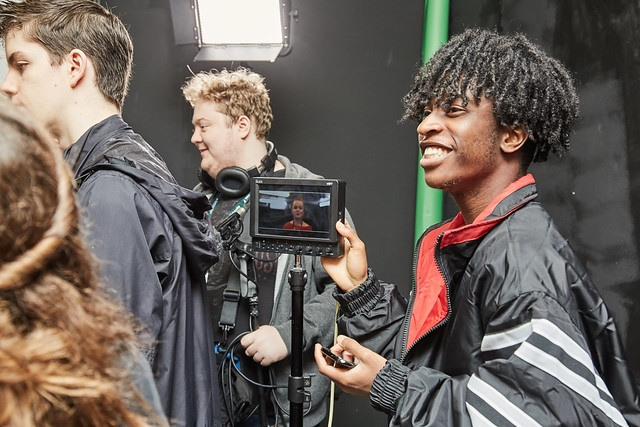 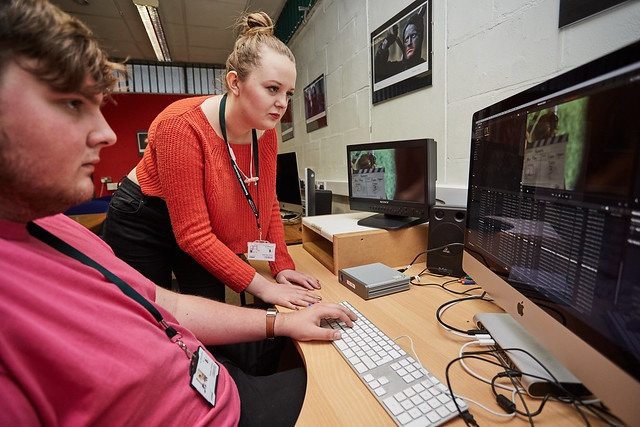 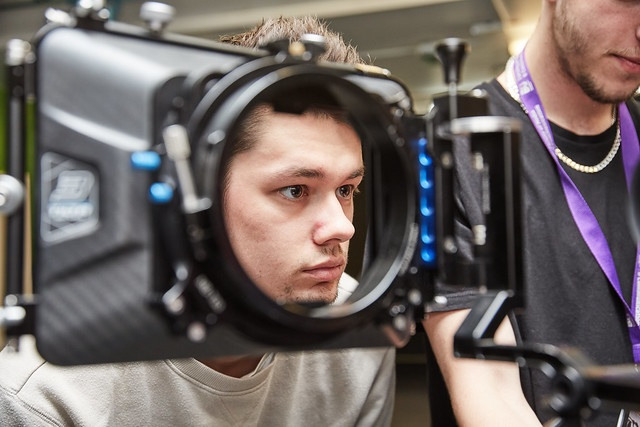 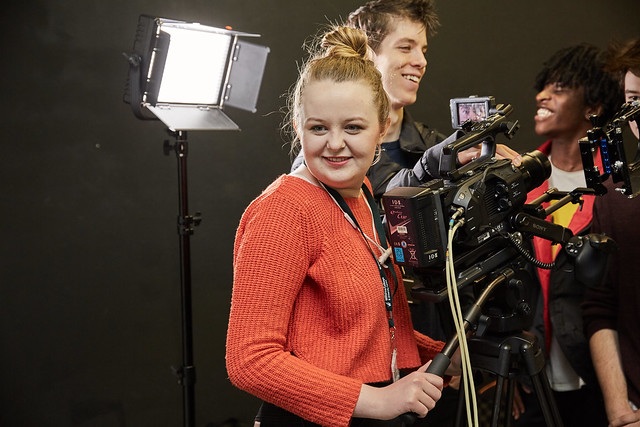 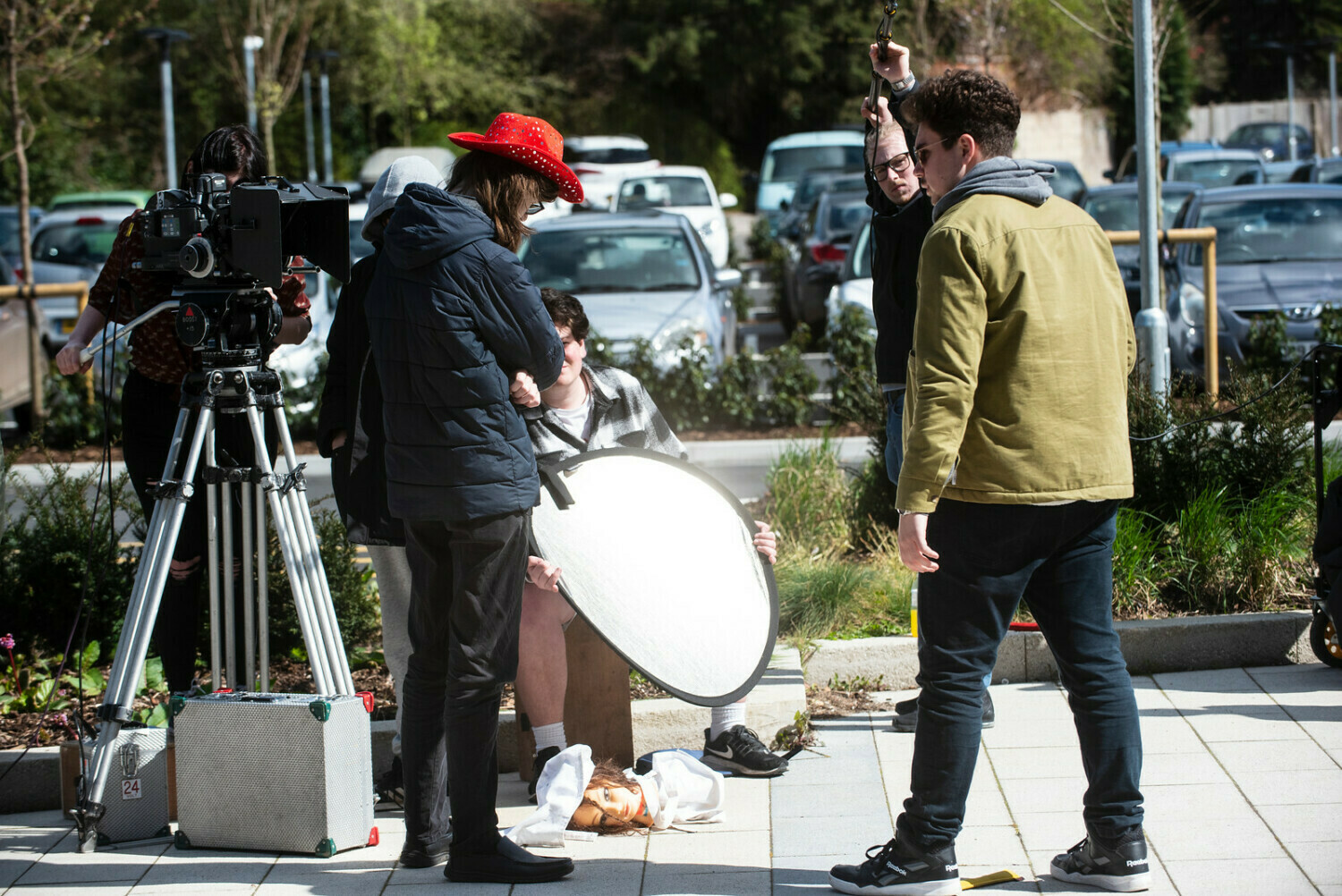 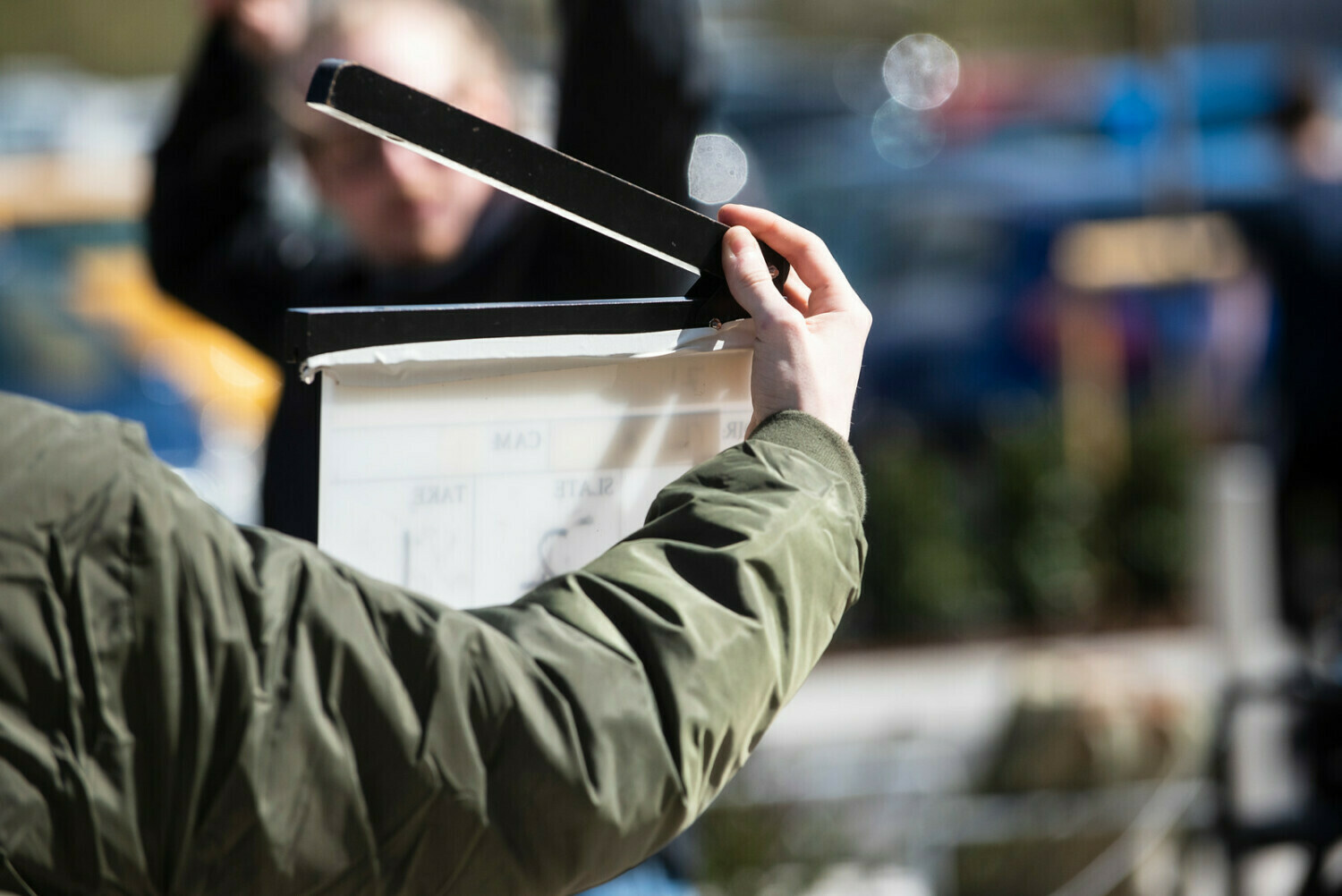 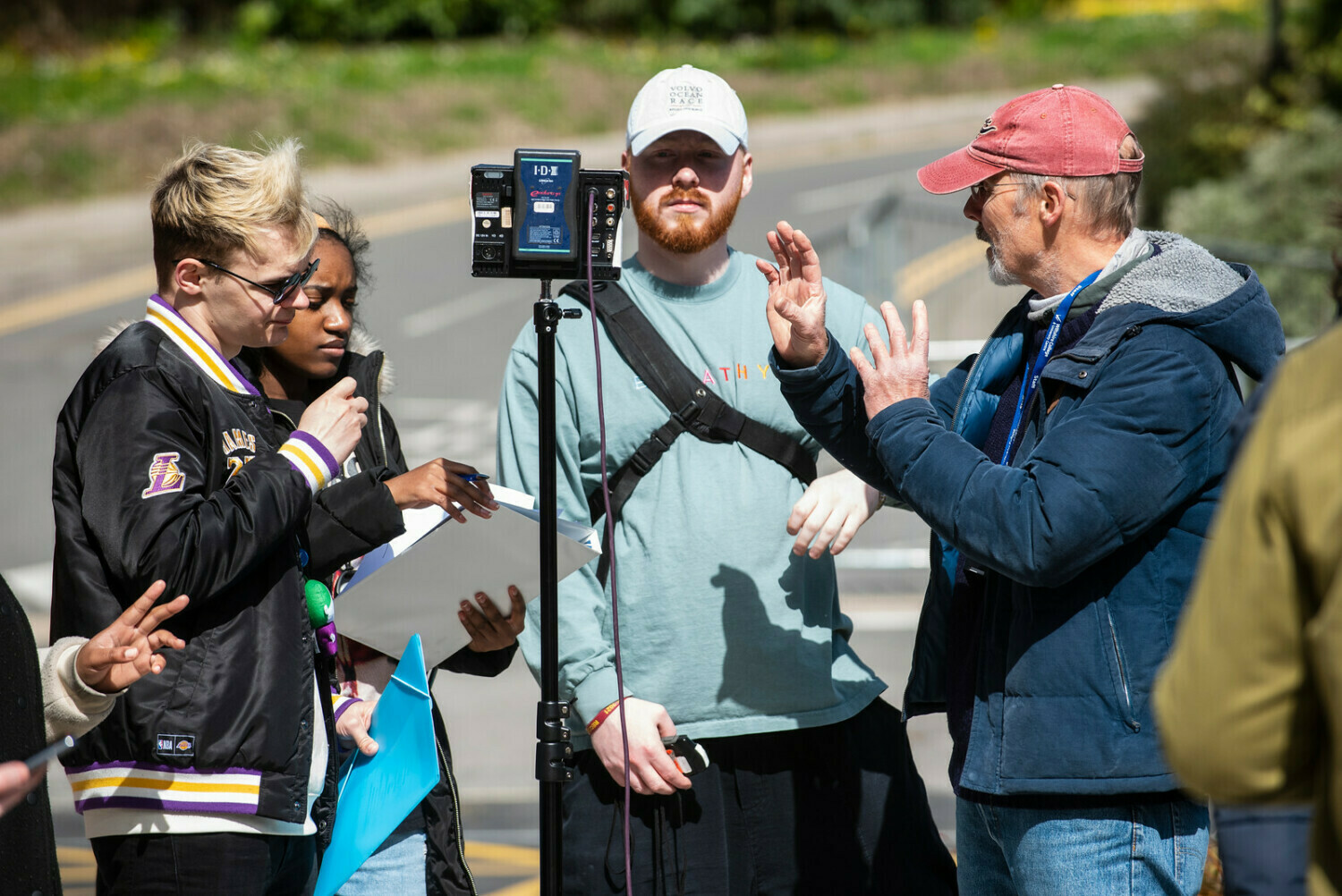 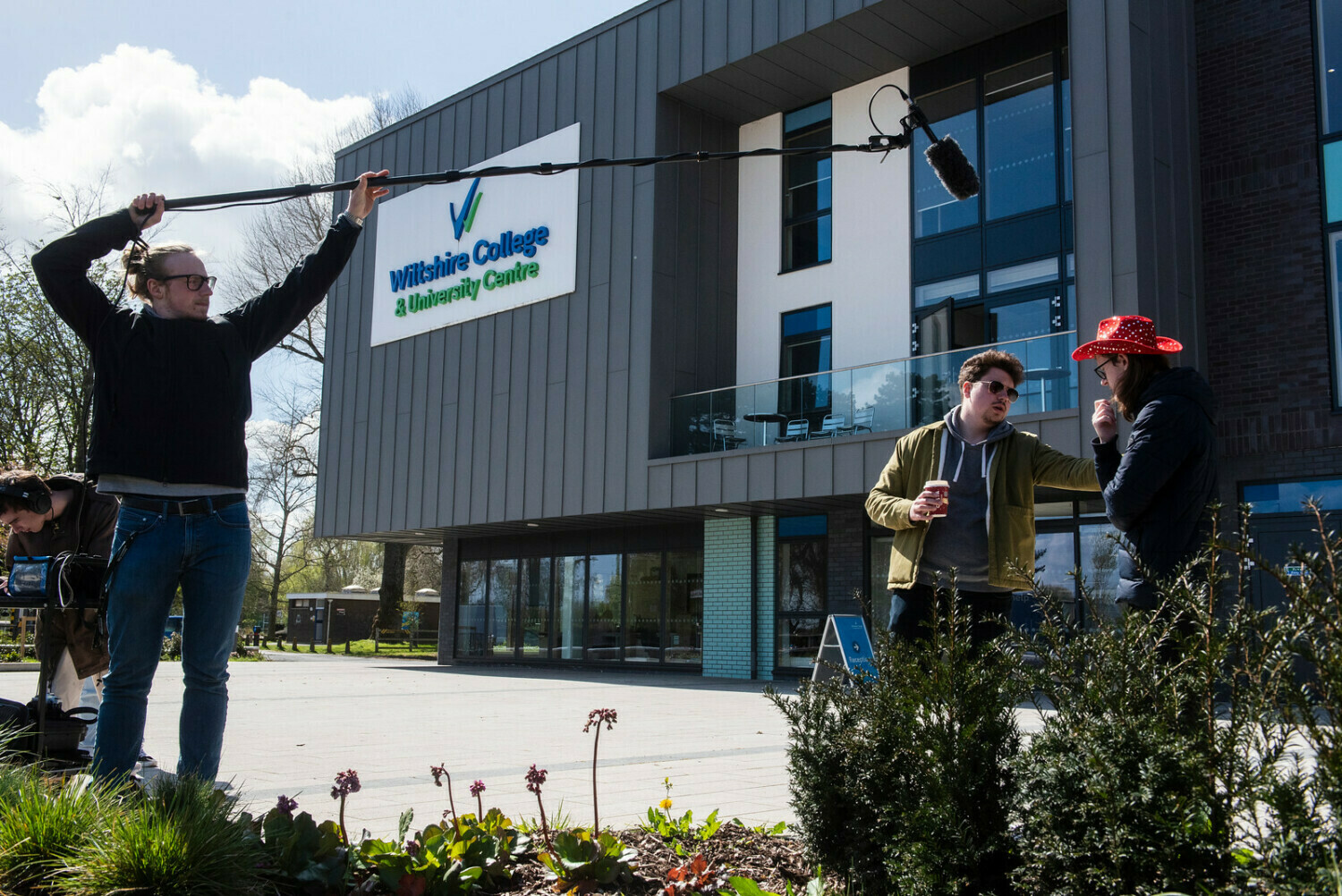 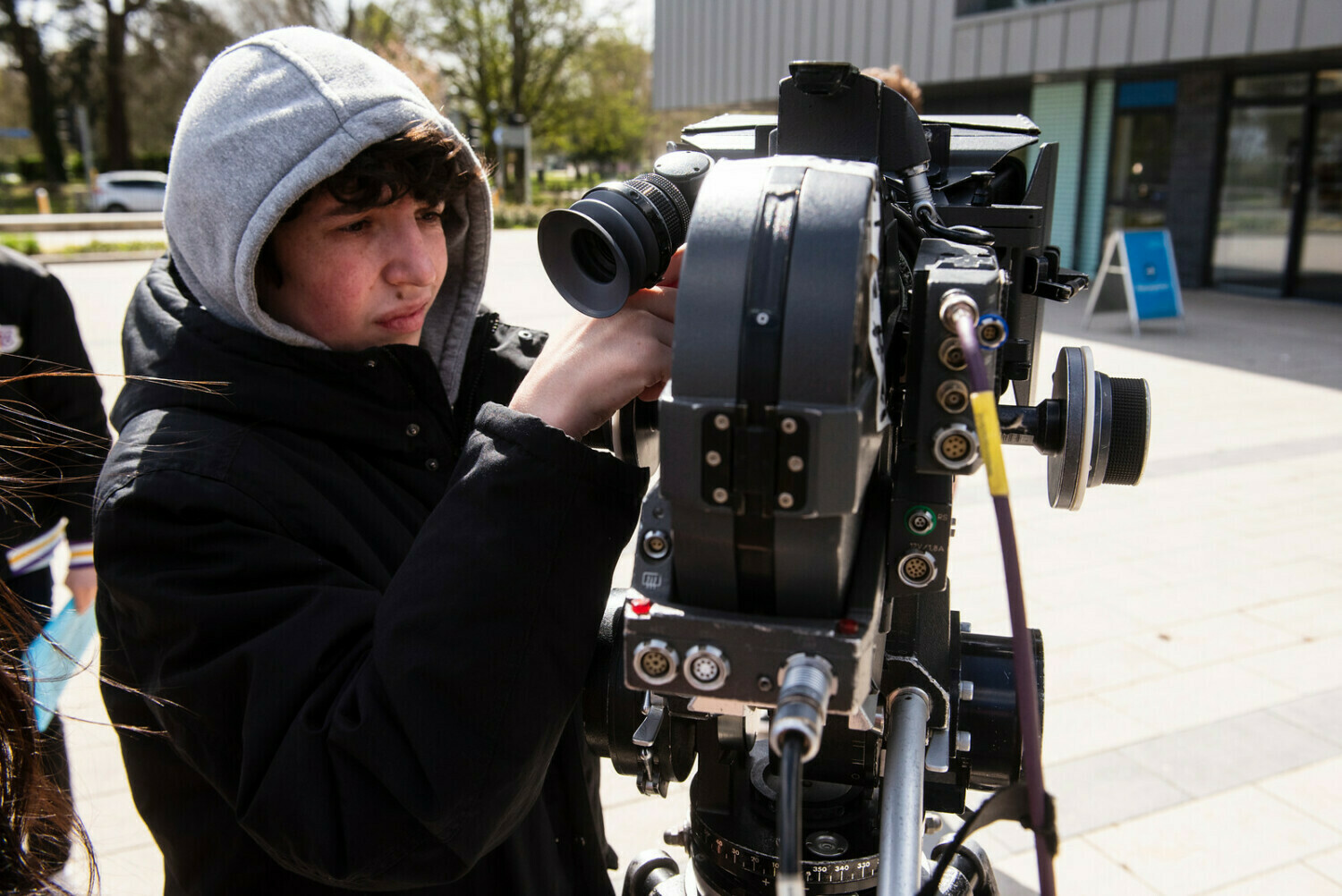 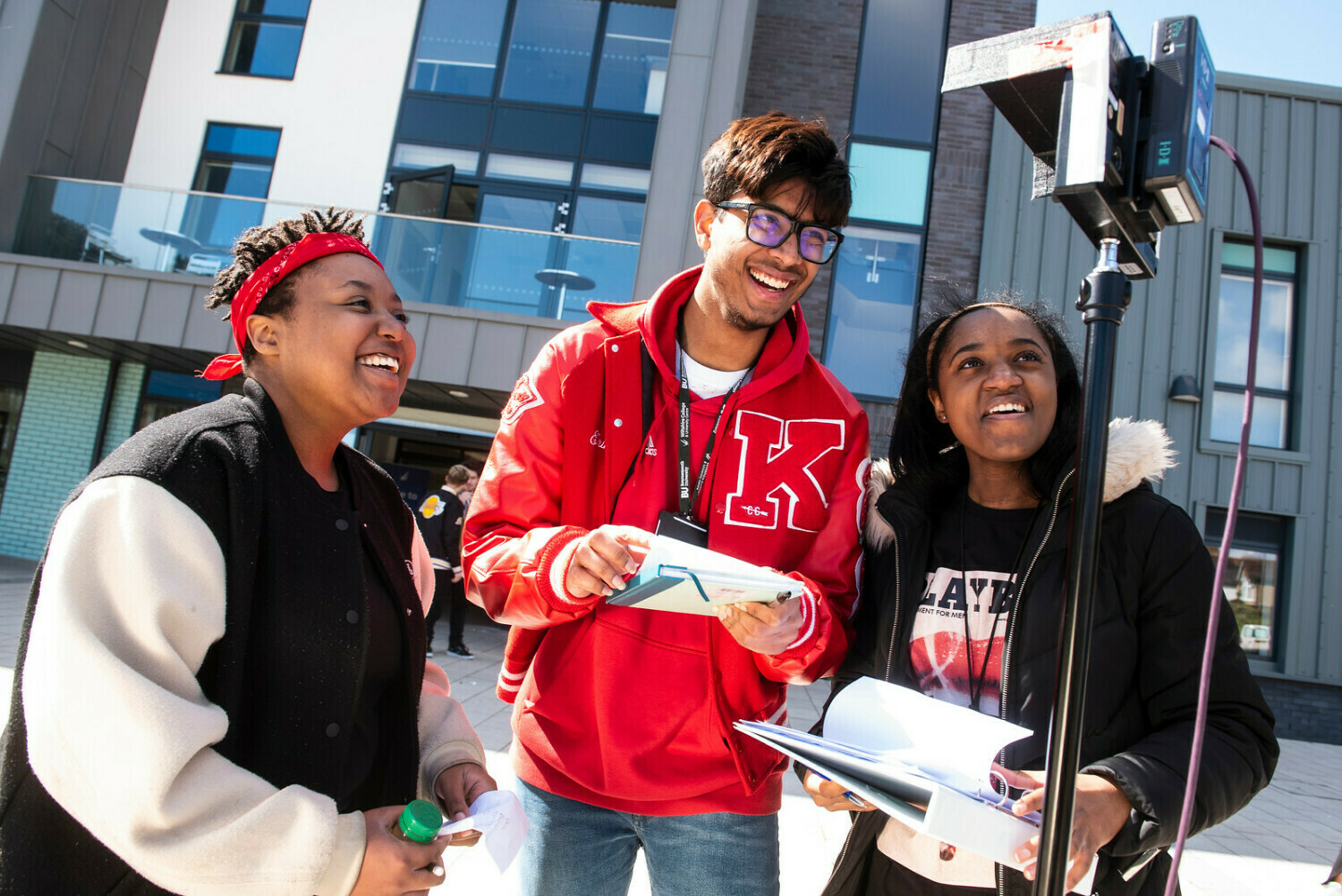 Delivered at our Salisbury campus, this course aims to produce graduates who engage with the world with interest, insight, intellectual curiosity and ethical awareness.These attributes will allow you to work as creative, collaborative, reflective and confident practitioners to contribute and shape the present and future film, television and related industries.

What will I learn?

The course typically involves modules in the following subjects:

Please note:
Modules and course content are subject to change.

As an alternative to the short placement and with sufficient notice, you may undertake a 30-week 'sandwich' placement. The sandwich placement must take place between years 2 and 3 and be in the broad area of Film or Television Production.

To be allowed to proceed to year 3, you must:

- Complete a minimum of 30 weeks satisfactory work experience ('sandwich placement' students).
- Complete the placement logbook satisfactorily which may include assignments relating to the nature of your work and the organisation you are working in.
- Satisfactorily meet the performance criteria of the placement as determined by the completed assessment forms from the company and you.

The supervised work placement draws on some or all the modules studied on the first two years of the programme. It provides the opportunity for you to develop your abilities and demonstrate an understanding of Film Production and Cinematography and related subjects as well as providing a platform for successful entry into the profession following graduation.

It applies and demonstrate an understanding of the skills acquired in years 1 and 2 and makes a major contribution to the understanding of the final level modules and further develops dissertation research by utilising the context of the work experience as appropriate and enhances your prospects of future employment.

104-120 UCAS tariff points from 2 A Levels or equivalent qualifications.

GCSE English Language or English Literature and Mathematics at grade 4 (C) or equivalent qualifications at level 2 of the National Qualifications Framework.

IELTS (Academic) 6.0 with a minimum of 5.5 in each component or equivalent.

In addition to the entry requirements above, you may be asked to provide a portfolio as part of the application process.

Don't quite reach the entry criteria? You can still apply to do this course on completion of our Access to Higher Education programme.

You can apply for this programme via the UCAS website and you can contact the college on +44 (0)1225 756200 or email HEAdmissions@wiltshire.ac.uk for more information.

The UCAS institution code for this programme is B50.

The UCAS course code for this programme is PW36.

You may be required to purchase relevant textbooks as recommended by individual lecturers.

The Office for Students (OfS), the new independent regulator for Higher Education in England, has confirmed that the college is successfully registered as a provider for Higher Education and that students are eligible for funding and student support from Student Finance England. Please visit www.officeforstudents.org.uk for more information.

What Could I Do Next?

MA Cinematography for Film and Television (Bournemouth University).MA Directing for Film and Television (Bournemouth University).Film and TV Production has become ever more sophisticated over the years and you need to be versatile with a good understanding of the industry and the latest technology to get ahead.We have an excellent reputation within this competitive industry and our graduates consistently go on to work on high profile TV and film projects.Our graduates have worked on productions such as The Bourne Identity, James Bond, The Blue Planet, BBC and ITN News, Alan Partridge, Eyes Wide Shut, Casualty, Formula One Motor Racing, Survivor, Dark Shadows, Avengers, Dr Who, Downton Abbey, Last Tango In Halifax and many others. 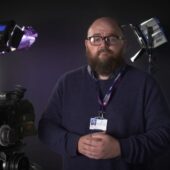 Kieron is a skilled film professional with experience of working both behind the camera and in the editing suite and is the Programme Lead on the College’s BA (Hons) Film Production and Cinematography course.

Joining the College as a full-time lecturer in September 2008, Kieron initially taught on the HND Film and TV Production course. In September 2009, the programme changed to the BA (Hons) course it is now, with Kieron becoming Programme Leader in 2020.

Under Kieron’s leadership, the course won two prizes at the prestigious Bill Vinten GTC University Awards in 2021. The most prestigious film schools in the country all submitted their best student work, with Wiltshire College & University Centre winning the top student prize as well as the coveted University Trophy. Read more...