One Wiltshire College & University Centre 2022 graduate and one former student have both secured their first industry roles at technology innovators Dyson just weeks after completing their respective university-level courses.

Hannah Granger completed a HND in Creative Media Production (VFX) at the College’s Chippenham campus this year and has now taken up a role at Dyson as part of their 3D Imagery Team. Hannah previously studied Level 3 TV & Film before signing up to a Higher Education course at the College.

Hannah will be joined at Dyson by Millie Fisher, who has also been offered a role after completing a BSc Games Development degree at the University of Gloucester. Millie previously studied Level 3 Games Development at the College’s Chippenham campus.

The pair are now working together as Junior 3D Artists at Dyson’s Malmesbury headquarters, producing 2D and 3D product imagery for web and print. The young designers recognised that their creative skills could be transferred to the commercial sector and they were taken on by Dyson within weeks of finishing their university qualifications.

Hannah said: “The VFX course at Chippenham has given me the skills to transition into this role quite easily. It’s now a case of improving my skills rather than starting from scratch.”

Millie added: “Studying the Level 3 Games Development at Wiltshire College & University Centre started me on my journey to loving game production and developing my skills as a 3D artist. At the College I developed my core understanding of what goes into producing a game and honed my skills in on 3D art, which secured me my place at the University of Gloucestershire.

“The skills I developed at the College and then at university allowed me to be able to secure a position as a 3D artist at Dyson as my skills and knowledge are universal and not just limited to game development.”

Post-16 Creative Media and Games Development courses are offered at the College’s Chippenham, Salisbury and Trowbridge campuses, while the HND in Creative Media Production is run in Chippenham. Find out more here. 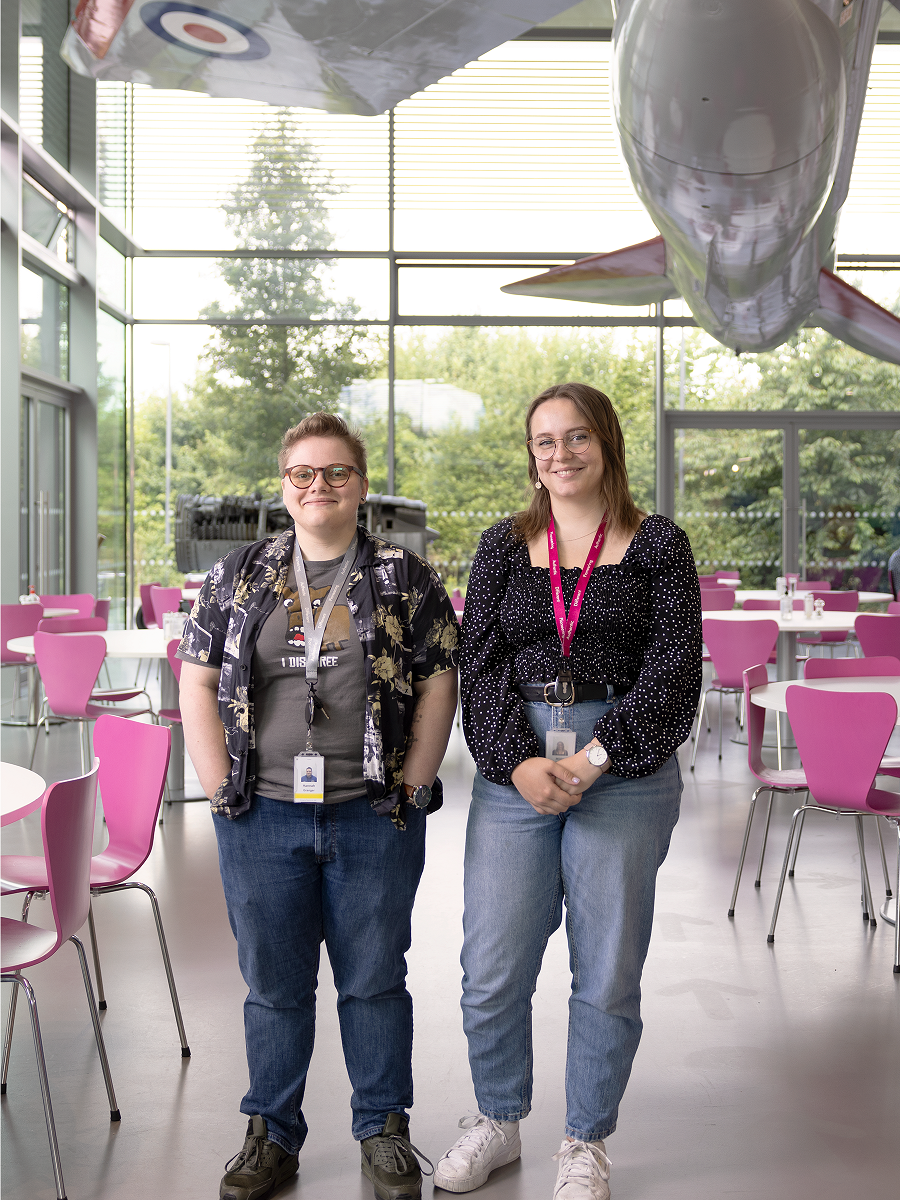