Billy Mitchell won the Plant Technician of the Year (South) category at the ceremony in Coventry. Billy narrowly missed out on the National Plant Technician prize, finishing as Highly Commended behind the overall winner.

This is the second time in three years that Billy has been the award winner amongst the South region. He previously triumphed in 2020, having also been Highly Commended 12 months ago.

Michael Wood was the College’s second prize winner and was named Plant Mechanic of the Year (South).

Both Billy and Michael are studying land-based engineering apprenticeship training programmes at the College’s Lackham campus. Billy combines his studies with a role at AmeyBriggs, while Michael works for AK Plant Services. The two attended the ceremony alongside representatives from their employers and their College assessor Andy Leeson.

The Stars of the Future project is a national awards scheme for apprentices and trainees in the construction plant-hire industry and organised by the CPA – the leading trade association for the plant-hire sector in the UK. The awards are intended to recognise and reward outstanding apprentices and trainees who not only bring ability and commitment to their learning and their work but also possess those extra capabilities which mark them out as being the future of the industry.

Andy Leeson, Assessor in Plant Construction Maintenance at the College, said: “Billy and Michael have performed outstandingly during their apprenticeships and it is wonderful to see them receive recognition in the form of prizes at the Construction Plant-hire Association Stars of the Future awards.

“To have eight nominations for these awards is a testament to the hard work of these apprentices and their training programmes. We have received excellent feedback from all of their employers and we look forward to helping them continue their development both at College and in the workplace. I am sure successful careers lay ahead for all of them.”

The College is the leading provider of apprenticeships in the South West and currently runs more than 60 training programmes across a wide range of sectors and skill levels. To find out more about starting an apprenticeship at the College, click here. 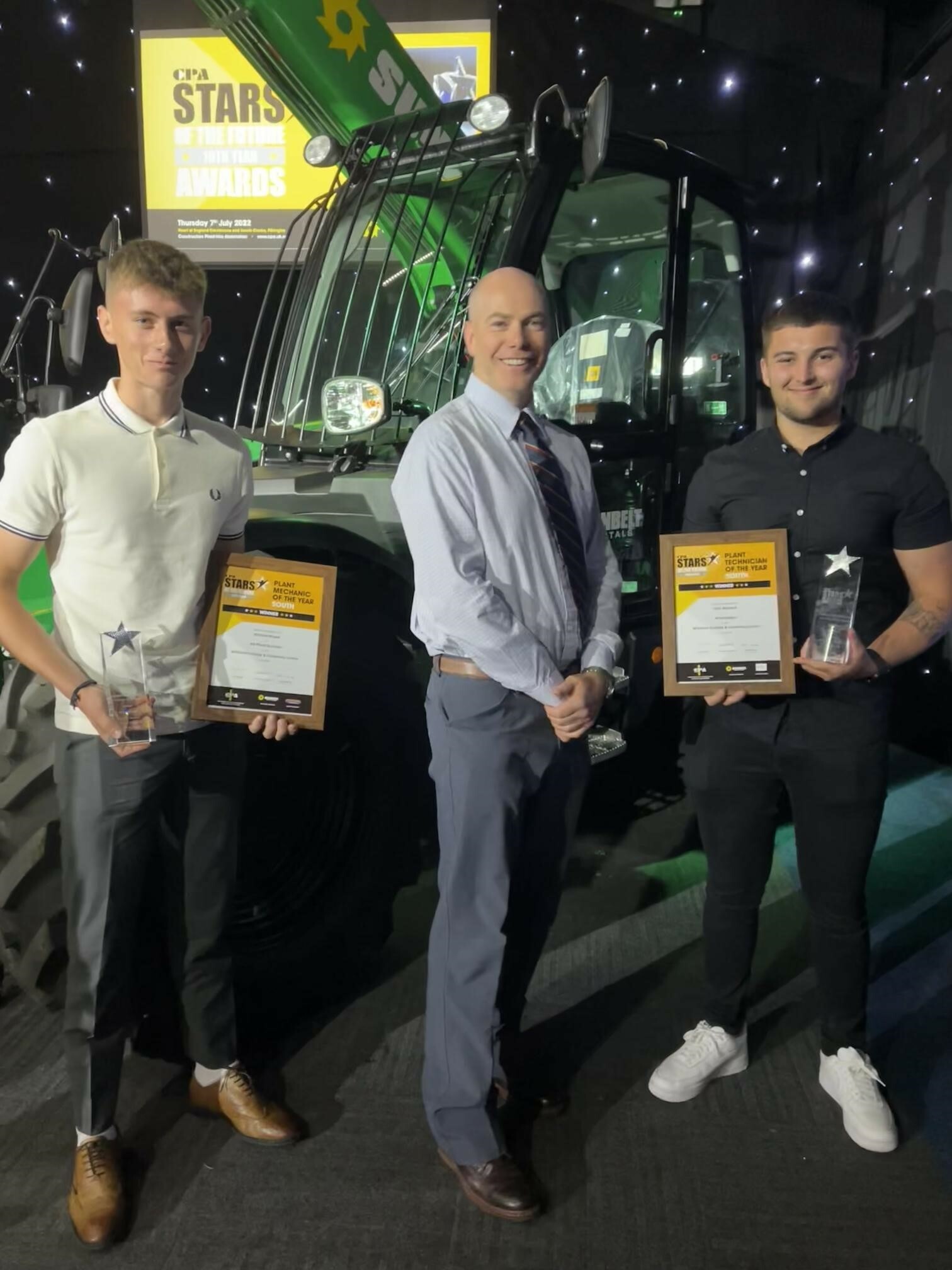