Level 3 Theatrical Advanced Technical Diploma in Special Effects Make-Up Artistry students, who are based at the Chippenham campus, made the short trip south to the Trowbridge campus to meet with their counterparts on the Level 2 Award and Diploma in Creative Media and Production course.

The Make-Up students were presented with a brief and script for a film that forms part of the Media students’ current assignment in zombie film productions and had to apply make-up to the actors before filming began.

Media students have been set the task of planning and filming the first three pages of ‘Learning For The Dead’, a new zombie comedy show being filmed in Wiltshire.

The students must also create and produce the foley effects using various vegetables and props to create the sound of zombies eating humans alive.

This was a great experience for both departments, who also all received excellent feedback. 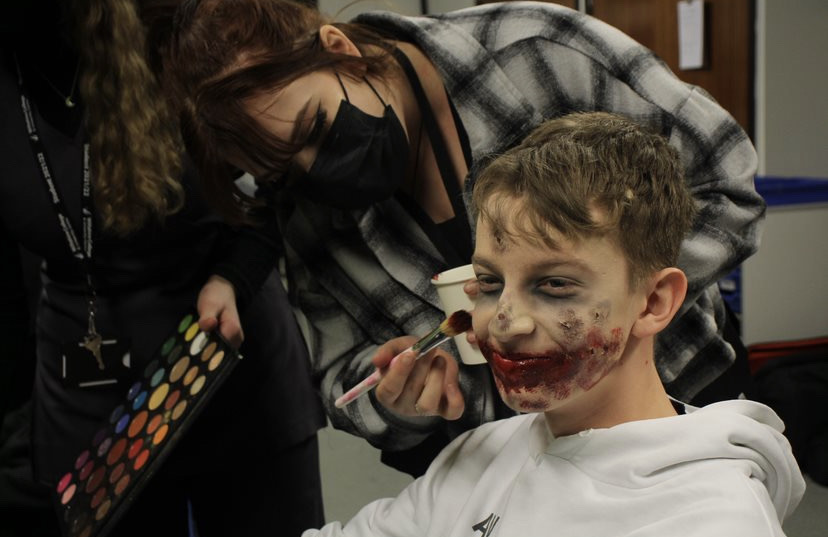