Students at Wiltshire College & University Centre have held a number of activities to support various charity appeals in the lead up to Christmas.

Students and staff across Wiltshire College & University Centre have supported a variety of charity causes in the build up to the festive season.

The annual ‘Santa Dash’ took place at the Lackham campus in the penultimate week of term, collecting for the Salvation Army in the process.

The event is organised by the Public Services department and involves a race around the campus, starting at the Sports Hall down to Home Farm and back.

Entrants are encouraged to wear either a Christmas jumper or hat and this year around 30 students and staff took on the challenge.

The entry fee for the event is the donation of a food item, which are all then given to the Salvation Army Food Bank in time for Christmas.

Also at Lackham, the College’s Learning and Skills Development Service (LSDS) team have collected empty crisp packets in an effort to help the homeless.

Empty packets are sent away to be turned into survival blankets, keeping those who receive them dry and warm in the colder months.

On average, it takes 80 years for one crisp packet to decompose, so the project could potentially save a life and help the environment too.

Foundation Studies students at the Trowbridge and Chippenham campuses have also got into the Christmas spirit.

The Trowbridge cohort held a Christmas Sale of Apple Project produce as well as sausage rolls, mince pies, cakes and cookies, with all proceeds going to the Christmas Jumper Appeal.

Students made all the food themselves, while the sales aspect helps towards the Customer Service unit element of those on the Access to Employment course.

Alongside their tutor Nicola Hughes, students worked tirelessly to raise funds for this excellent cause.

The charity helps to support families across Wiltshire who have experienced domestic violence and their associated issues. Thanks to the generous support and donations from staff and students at the campus, the group were able to make a delivery of 23 Christmas gift bags to their Christmas Appeal.

Nicola and the students were overwhelmed by the support they received and are proud that they have been able to give adults and children in the local community a little joy this festive season.

Jack and Chantelle from Year 1 of the Access To Employment course man the Apple Project Christmas Stand at the College's Trowbridge campus. Top picture shows the top three in the Lackham campus Santa Dash alongside organisers from the Public Services team. 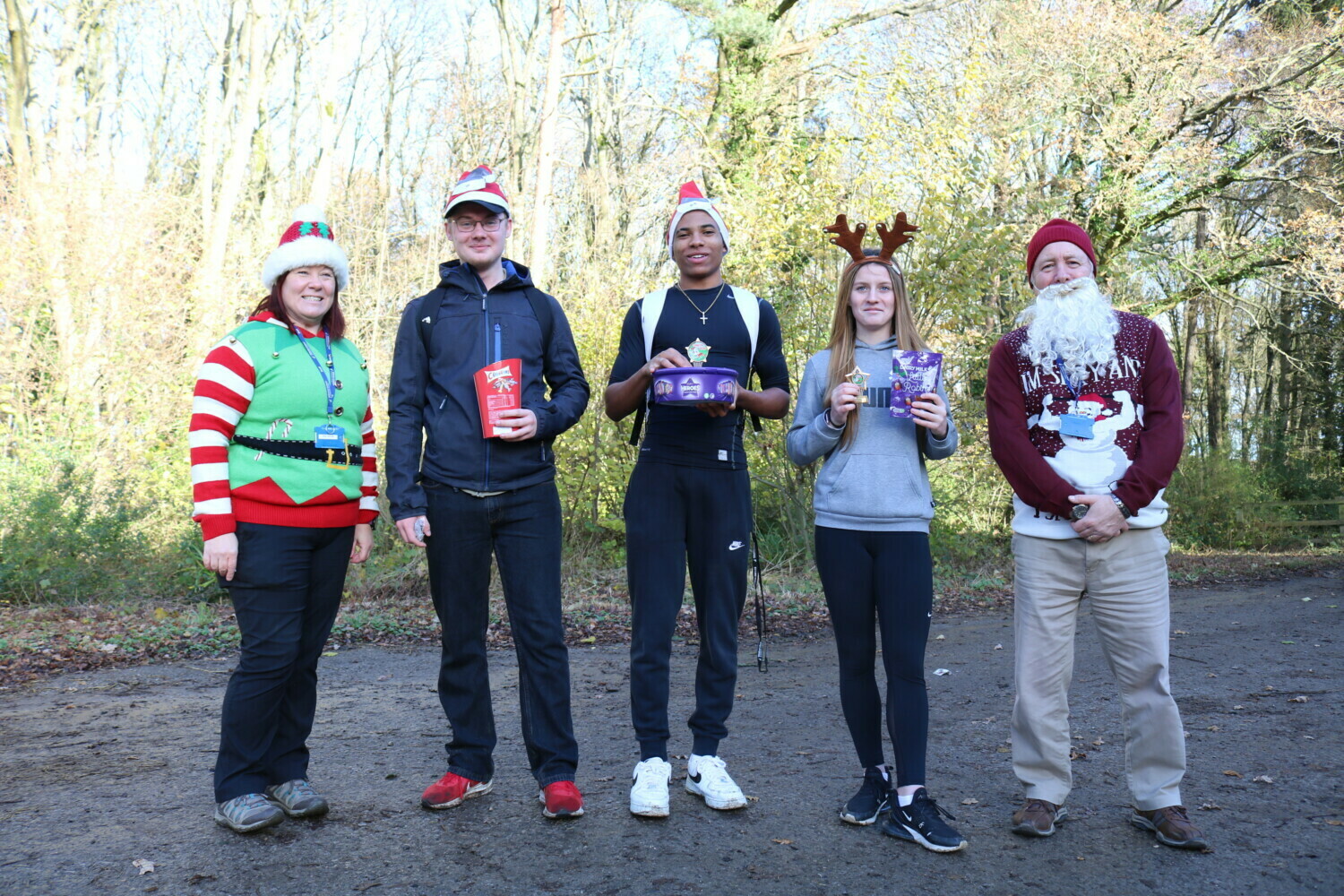