Lambing gets underway at Lackham

It’s at this time of year, that thousands of visitors would normally flock to Wiltshire College & University Centre’s land-based campus for one of its most popular events of the year.

The current lockdown restrictions mean that Lackham is not able to open its gates to the public as it has for over quarter of a century, however, the annual lambing season is officially underway and the College is delighted to share images of some of the first new arrivals.

This year around 982 ewes are lambing, and so far there have already been several singles, twins, 56 sets of triplets and even five sets of quads!

Phil Steans, Lackham Farm Manager, said: “We’re delighted that the students were able to to return to the College in time to gain experience with lambing. This is one of the best practical learning experiences for the students during the year.

“We very much hope that we will be able to host our lambing weekends again next year and visitors will be able to see a few changes to the campus including our new robotic dairy, which milks half of the herd. This will be another fantastic experience for our students.”

Students returned to Lackham on Monday, 8th March, but have been preparing for this annual event at the start of the Autumn term, scanning the ewes to see how any are expecting and carrying out general husbandry duties.

Since then, the students, a mix of Level 2 and 3 full-time students and apprentices, have been working around the clock on rotas carrying out their daily tasks to support lambing. This includes marking up the lambs, keeping an eye on them, docking their tails, worming and looking after the orphaned lambs.

Two years ago, Verity Cawood was working Monday to Friday, 9-5, in an office job. However, she said a life realisation made her understand, that she didn’t want to do that anymore. So, she left her role in supply for a toy and gift company, and went to work on a dairy farm in Norway!

On her return, the 29-year-old, enrolled on the Level 2 Agriculture course at Lackham and has been working towards her dream of working with animals.

Verity, who lives in Bath, said: “I love every day here!

“I grew up in Yorkshire, where sheep are out all year round. And then I went to Norway, where there is a very free-range, organic way of farming. It’s very relaxing.

“What inspired me was that the farmers I was with there, were in their 60s and had also quit their jobs to run farms. It showed me that it’s never too late!”

There is no rest for Arthur Baker, a Level 3 student, who is also lambing at home on the farm he lives at near Frome. As a second year, Arthur is supporting students who have not experienced lambing before.

“I grew up on a farm with cows and sheep, so I am quite experienced at lambing, however I’ve learned lots of things at college,” he said.

“I want to be an agricultural engineer but you also have to know how to look after the animals, so I decided to study the Level 3 first and then I’ll be looking for an engineering apprenticeship once I finish this course in the summer.

“This is my favourite time of the year, helping deliver all the lambs and then seeing them all out in the fields.” 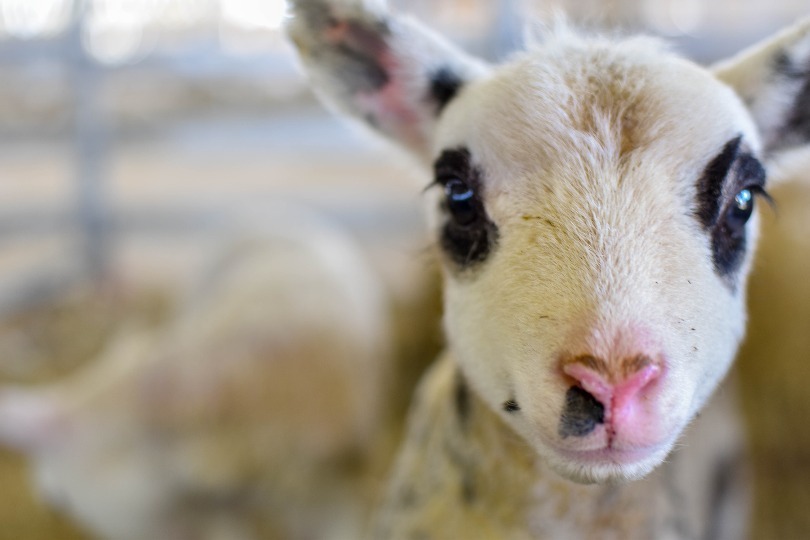 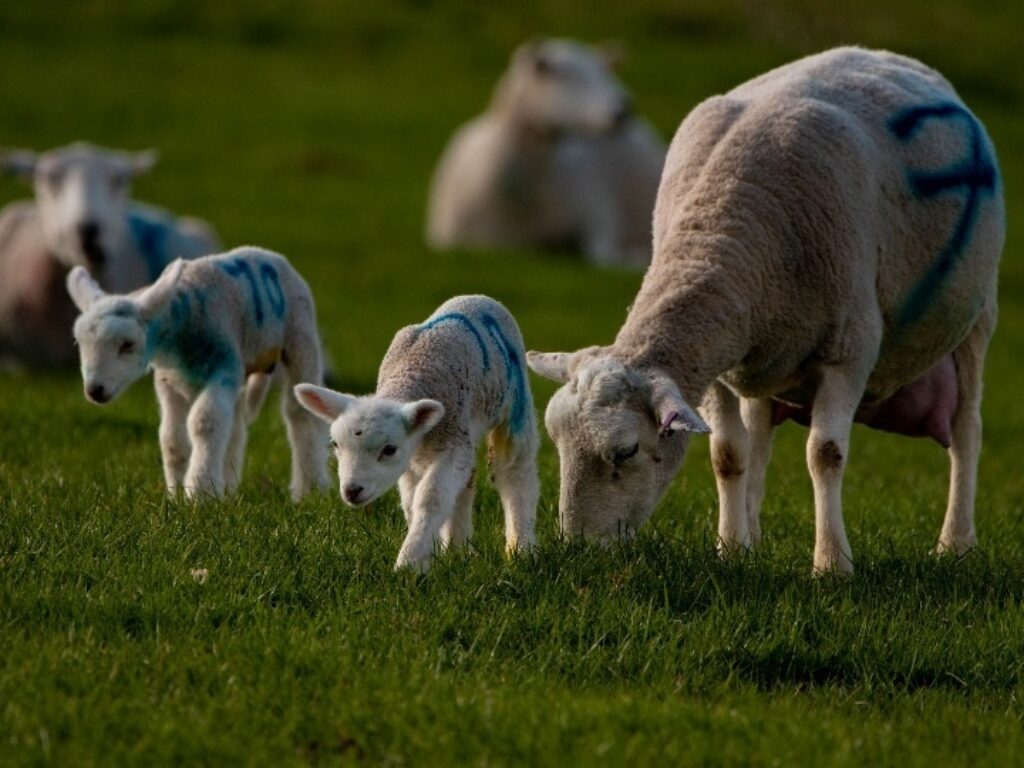 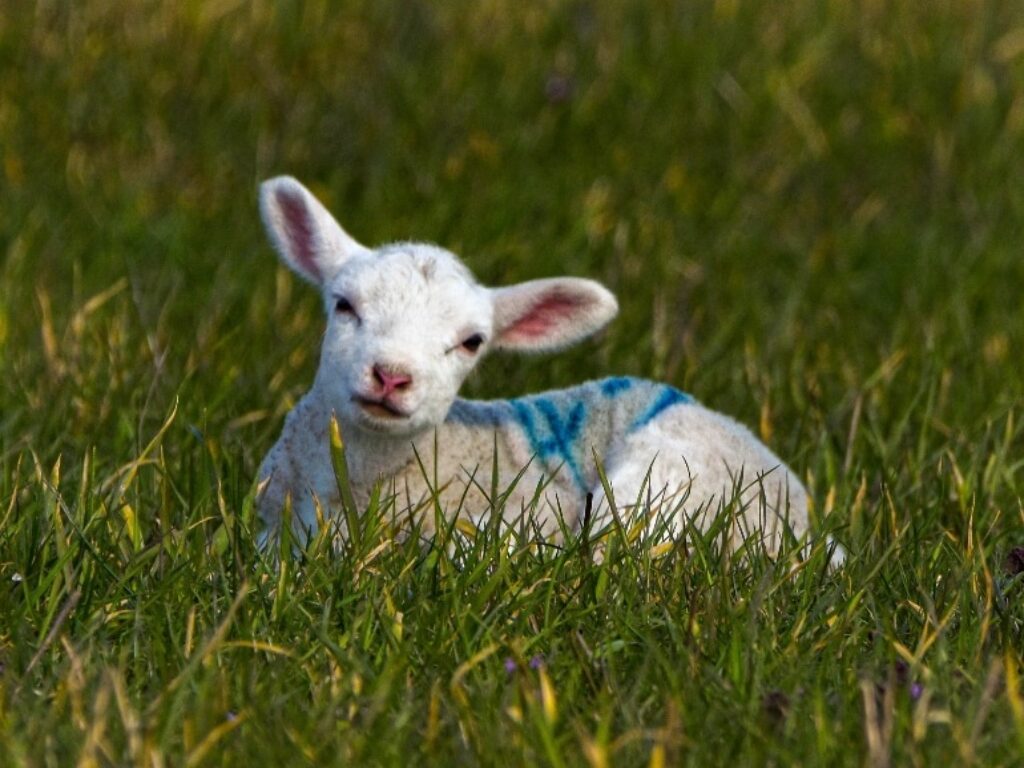 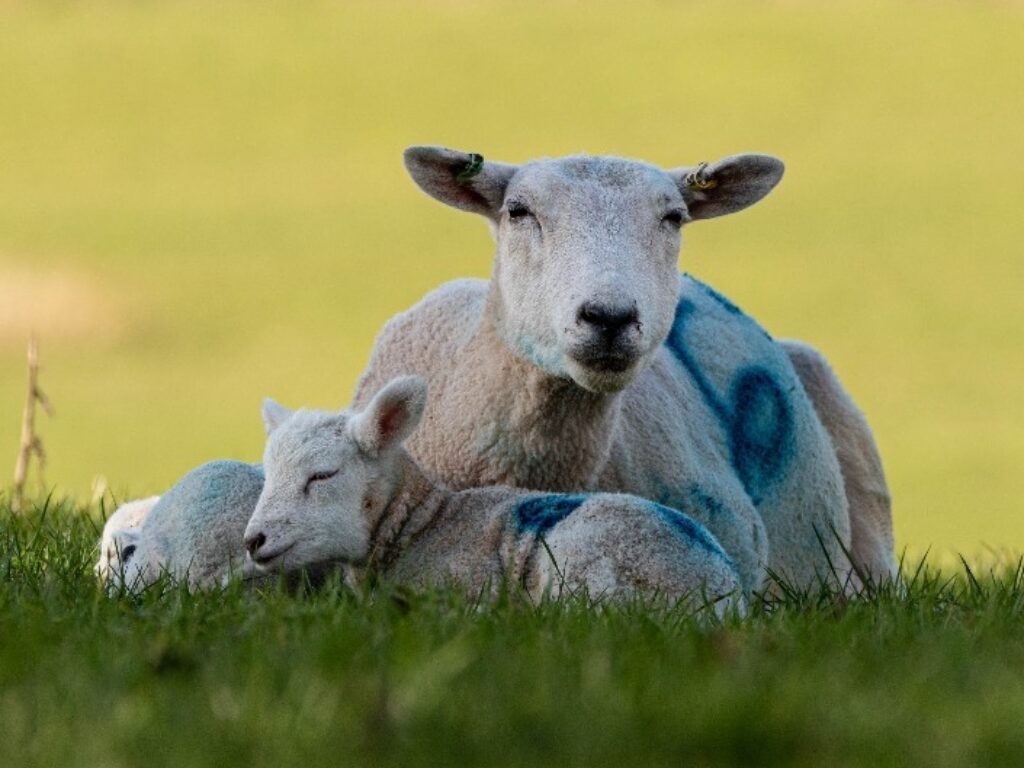 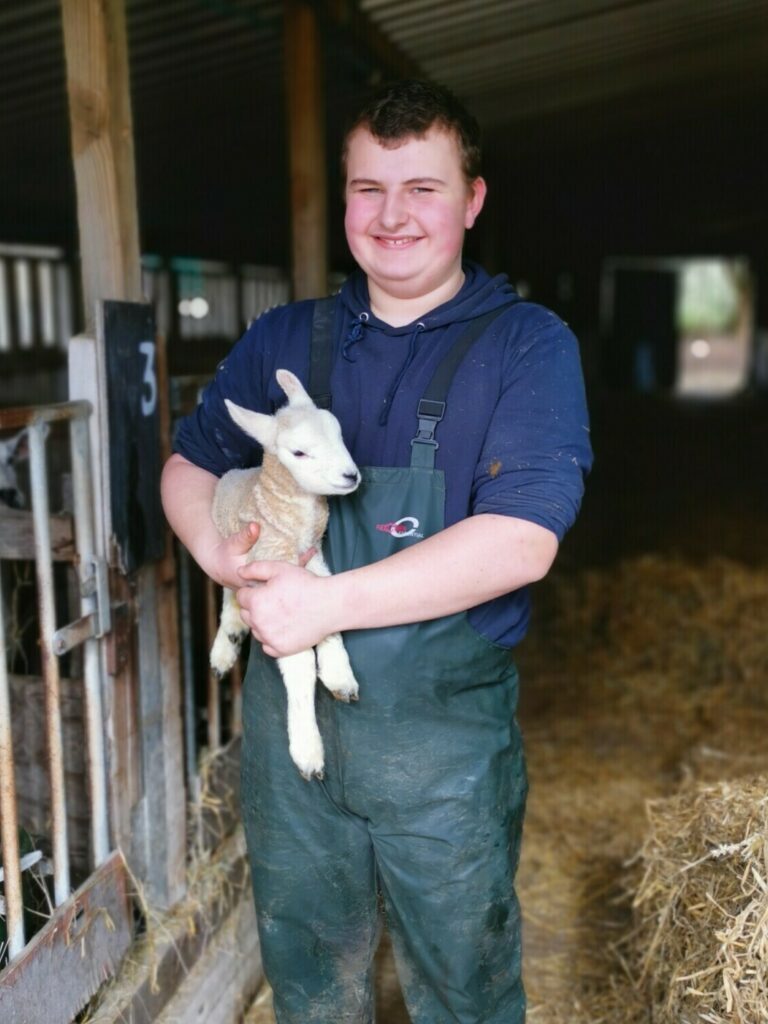 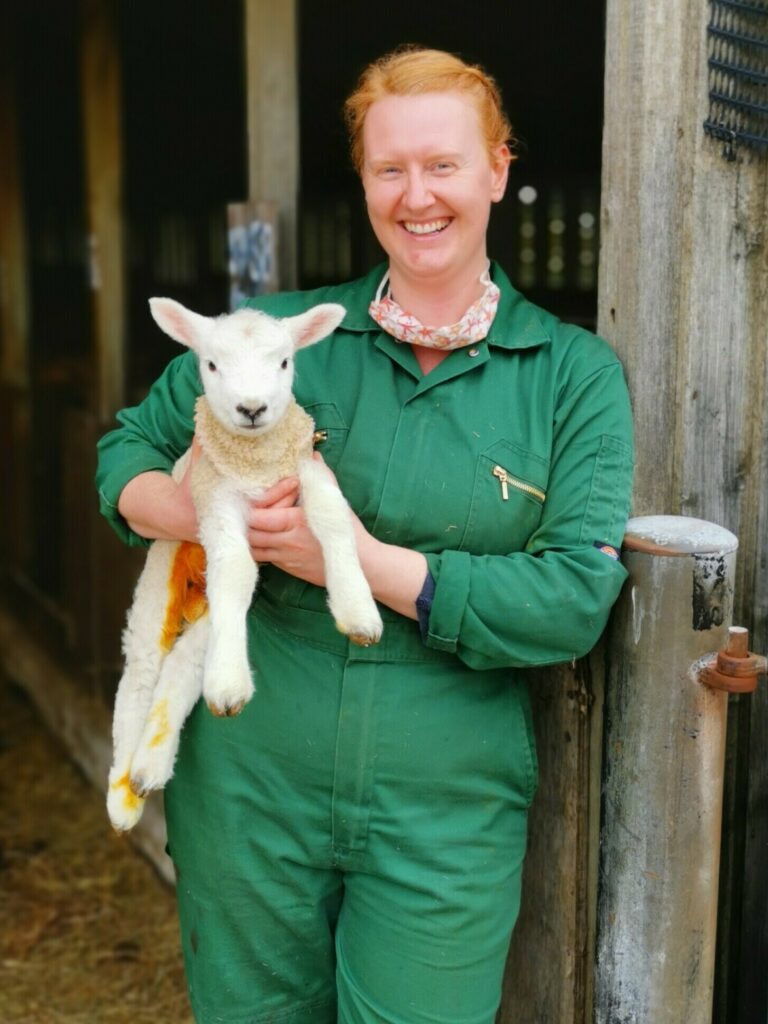 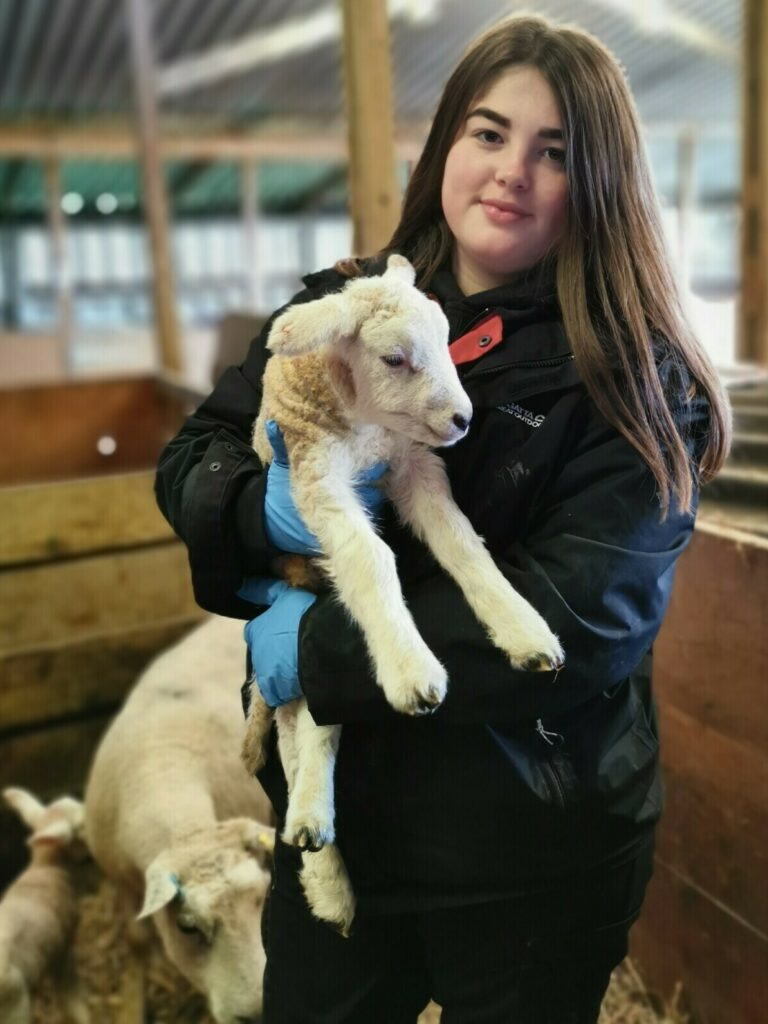 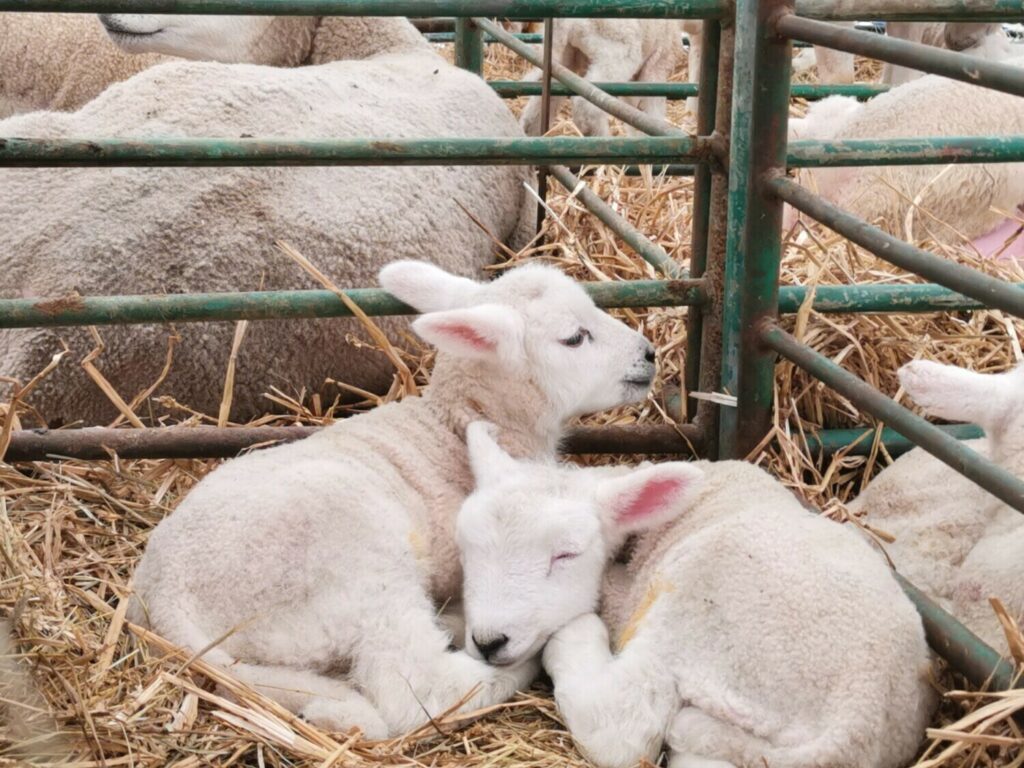