Joseph Knott, who is in the third year of a BA (Hons) Film Production & Cinematography course at the College’s Salisbury campus, won the top prize on the night – the Bill Vinten Award – for his work as director of photography on the film ‘A Thread of Life’, which was directed by classmate Ruben Cleghorn.

As well as his trophy, Joseph’s prize includes paid work experience and a year’s membership of the GTC. The runners up were Will Marchant of Falmouth University and Klára Šimonová of the University of York.

This prestigious event acknowledges excellent teaching of camerawork and craft skills within UK educational establishments and 12 films made the final shortlist for the top prize – the second highest number in the competition’s history.

In total, three films by College students made the final shortlist for the top award as Ruben was also nominated for his role as director of photography for ‘Taller – Five Tressman’, directed by Peter Gigov. ‘What The Hell Happened’ was the final entry from the College to be nominated, with the piece filmed and directed by Benjamin Cross.

Alongside Joseph’s success, the College also won the coveted Bill Vinten GTC University Trophy for scoring the highest with their portfolio of films out of the major institutions entered in the competition.

Kieron Evans, Programme Lead on the BA (Hons) Film Production & Cinematography course at the College, said: “We are incredibly proud to win two prizes at the Bill Vinten GTC University Awards, which are a prestigious accolade for up-and-coming creative talents in the film industry.

“Joseph is an outstanding young film maker and produced work of the very highest quality. The standard of films was incredibly high so Benjamin and Ruben should also be extremely proud of their nominations – as all our film students should be of their own work.

“These accolades are great recognition for our course and our students, and we truly believe bright futures are ahead for all of them.”

The College’s nominated films can be seen via the course’s Vimeo page by clicking here. 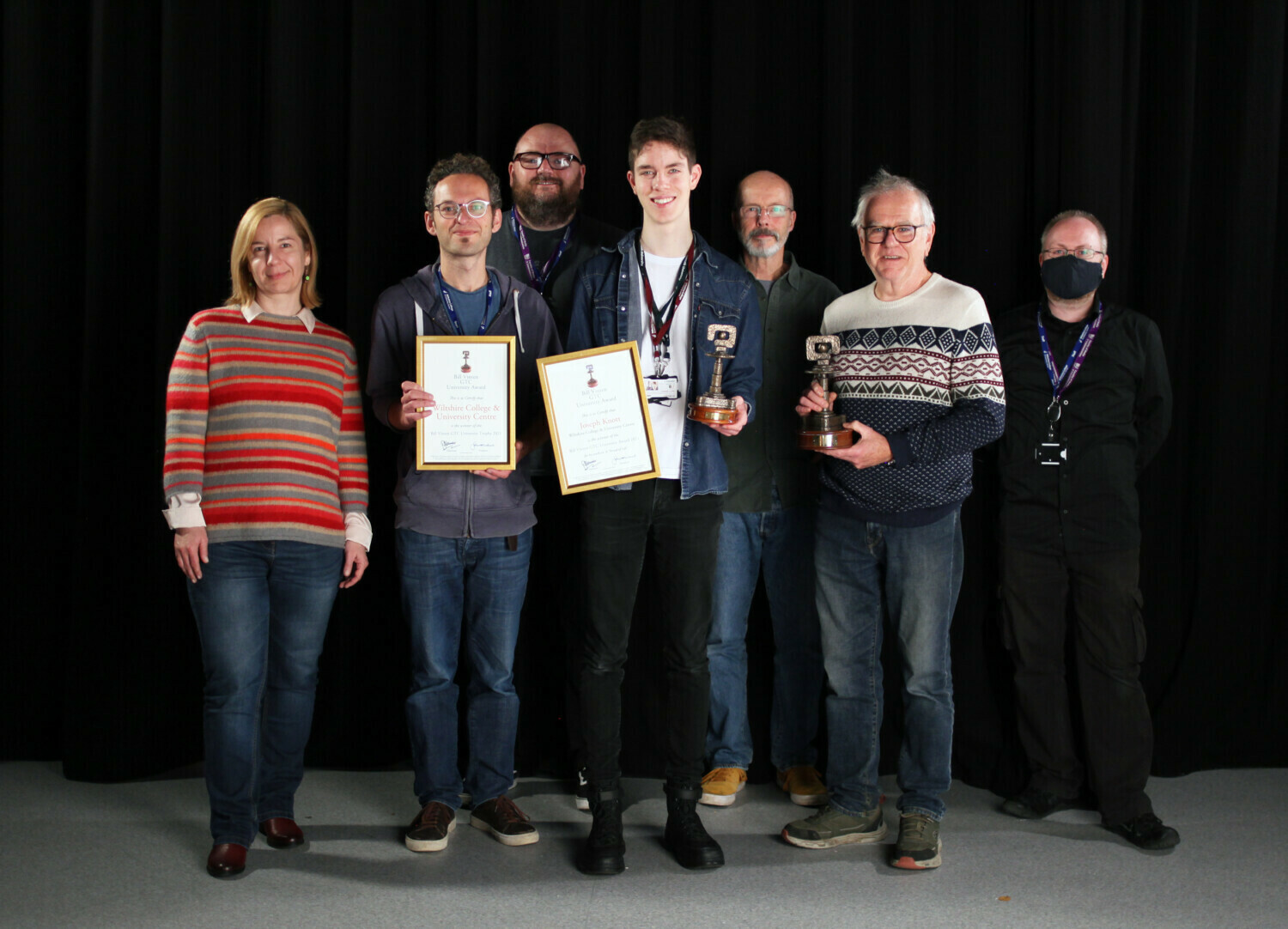