Music students at Wiltshire College & University Centre are planning a series of live performances in Salisbury next week.

First Year students on the Level 3 Diploma in Music Performance and Production course at the College’s Salisbury campus will be performing under the name ‘Salisbury Revival’ and are putting on three shows at various venues across the city. All three events will be free to enter.

The first show takes place on Tuesday 15th February and is a night of acoustic acts at the George & Dragon on Castle Street. Performers will include Theo Powell, Becca Maule and Paige Tuthill and the event gets under way at 7pm.

Show two takes place at Brown Street from 8pm on Wednesday 16th February and will include live performances from Not All There, Brodie Risby, Mary Wise and Megan Musslewhite.

The third and final show of the week will be held at The Winchester Gate on Rampart Road on Thursday 17th February, starting at 7.30pm. The show will feature live performances from bands and solo acts, including Becca Maule, Chey Taylor, Leah Scott, Paige Tuthill, Bailey Grundy and Lydia Brooks as well as a new duo called Bring Me The Black Hearts.

Josh Ching, one of the students performing, said: “We have worked incredibly hard to provide not one but three nights of entertainment. Covid-19 has hit the music industry hard and we have come across many difficulties but we are overcoming them and hope to deliver quality entertainment to the city of Salisbury.”

Simon Birch, Lecturer in Music at the College’s Salisbury campus, said: “Our students are eagerly anticipating next week’s shows. We have some highly promising musicians on our courses and all three shows will provide a great night’s entertainment. We hope as many people can join us as possible.

“Performing live to an audience is a key aspect of any aspiring musicians’ development and we’re grateful to all the venues in their support for our students’ development as they look to make their first steps into the industry.”

Music courses are offered at the College’s Chippenham and Salisbury campuses. For more information, click here.

PICTURE: Brodie Risby is among the students to be performing next week 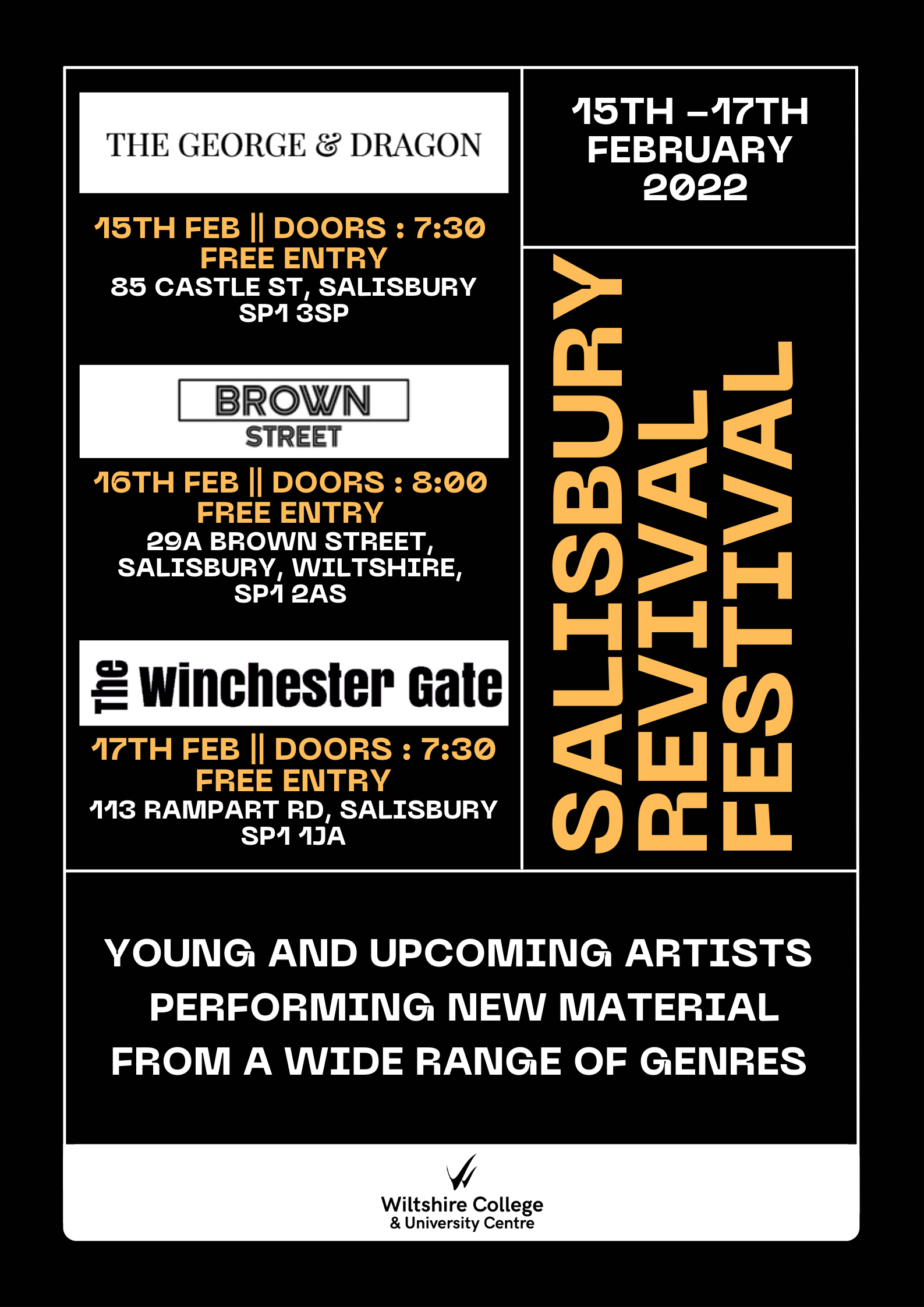