Steve Heath, a Facilities Officer who works in the Estates team at the Salisbury campus, was presented with a ‘golden plunger’ (from a safe distance) along with a bottle of Champagne as a thank you for all his hard work at the College.

Andy Hill, Head of Estates and Services, said: “This is an amazing milestone and so we wanted to congratulate Steve and thank him for all his hard work.”

Steve first joined Salisbury College of Technology, as it was then called, in April 1975 as a physics laboratory technician in the Science department.

In November 1989 he left the College and joined another company but soon realised he missed the education atmosphere and returned to the same post in April 1990.

If not for the break, Steve would actually be celebrating 45 years at the College this month!

He said: “I was truly surprised and delighted when I was presented with my ‘golden plunger’.

“I felt rather special.”

Over three decades, Steve has worked in various roles and departments, including computer maintenance support, computer aided design support and electronics. For a time, Steve was the only technician in the Science department.

He then ventured to the Estates department which he said has been “tremendous fun and a huge eye opener!”

“I’ve always enjoyed being a small cog in the machine of education and relish that I have never been made to feel small.”

Asked about any highlights of his time at the College, Steve said: “A wonderfully funny moment I remember in the physics lab when an unwieldy piece of equipment came crashing down off a shelf with a resounding thud.

“Seconds later, the door flew open and two of the ladies from personnel came running into investigate.

“No broken bones, no cuts, just a red-faced technician. We all laughed and went back to our own tasks.

Throughout his time at the College, Steve has seen many changes and said: “I hope the virus goes soon and we can a enjoy returning to what each of us regard as normality.” 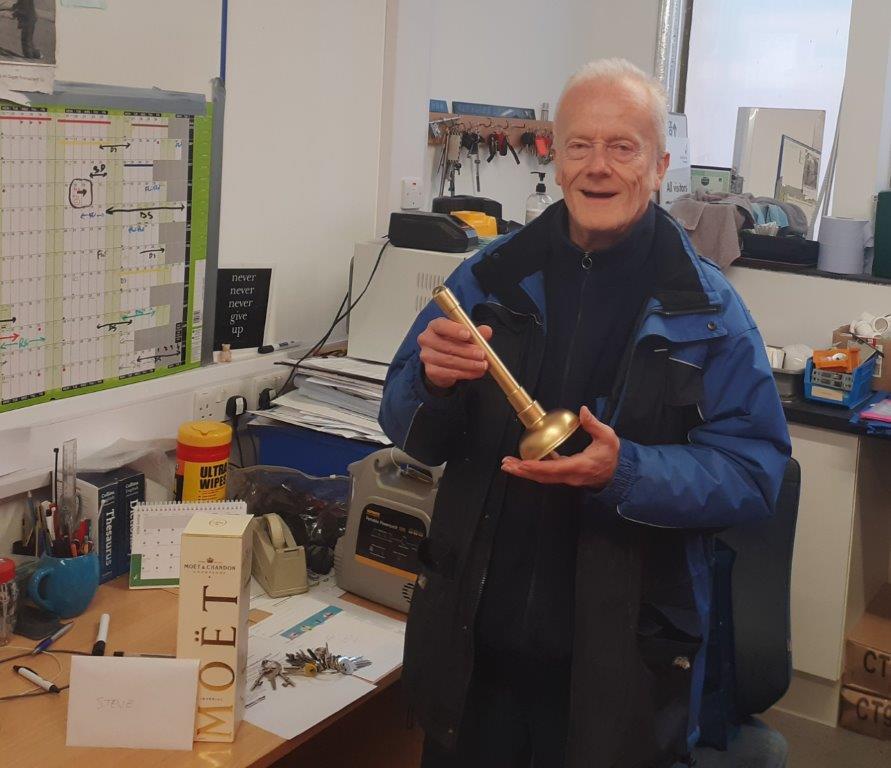