Wiltshire College & University Centre, in partnership with Chippenham Museum, has won a national award for its work on the Goldiggers project!

The 2020 Community Engagement award marks the culmination of three-years’, work which saw TV, Film and Music students interview dozens of members of the public for a documentary and help to build a website in the nightclub’s honour.

The award was presented during a virtual ceremony on Monday 26th October, by the Community Archives & Heritage Group, for its novel way of engaging the community with archive collections.

Nicky Dew, a Media lecturer at the Chippenham campus, who was instrumental in the College’s involvement in the project, said: “It’s been a real pleasure to work on this for all sorts of reasons, but to help achieve such recognition for Chippenham Museum makes is even more fulfilling.

“It’s a fitting reward for all the media, music, computing and art students, who’ve put their work into this over the past three years.

"We knew Goldiggers had a massive legacy, but it was a surprise to hear that one of the other award winners - a project manager from Huddersfield - had been a Goldiggers regular at one point in his life! It just goes to show that this one venue has had a lasting impact on the town."

Goldiggers was famous as a club and live music venue in the 1980s; it later became part of Richard Branson’s Virgin group and the millionaire businessman was a regular visitor.

It was a chance conversation with Nicky, that developed into a huge work experience project for students in the Creative Arts department at the College.

The highlights from the three-years of interviews which were then collated into a 30-minute tribute and launched yesterday, received more than 750 views in its first 24 hours.

Now in its ninth year, the awards are organised, judged and presented by the Community Archives & Heritage Group, a special interest section of the Archives and Records Association (UK & Ireland), the main professional body representing archivists, records managers and archive conservators.

Presenting the award to the College and the Museum, judges said: “It was a wonderful project, very different in its materials and content.

“Across the board, all the panel felt they had done truly authentic and interesting intergenerational work.”

If you haven’t checked out the website or the documentary, head over to take a look now - goldiggersmemories.herokuapp.com. 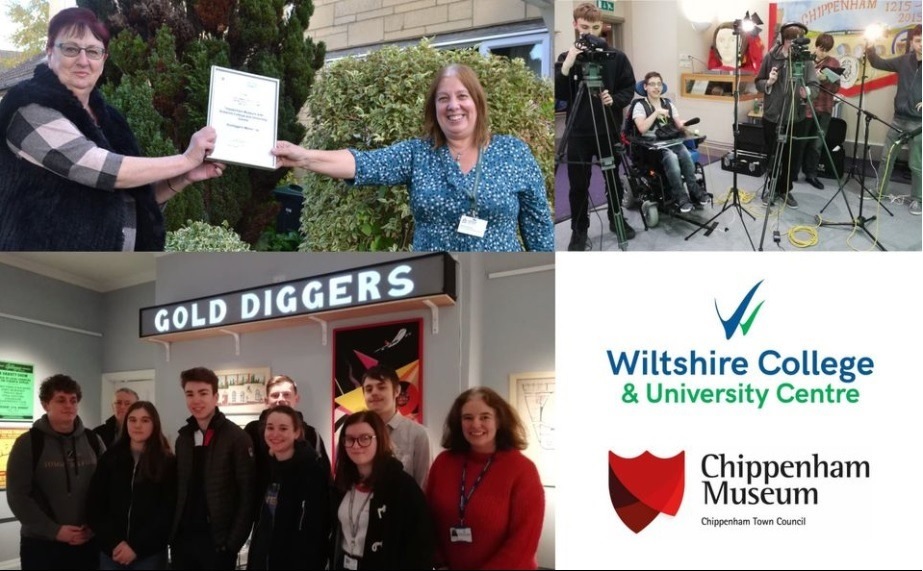