Set amongst fields and woodland on its 234-hectare estate, and bounded by the River Avon, Lackham is a spectacular setting. Lackham House is a magnificent example of Georgian architecture. The present Lackham house was built between 1793 and 1795, on a site where a house had stood since at least 1000AD. East and West Wings were added at later dates, and the House now provides facilities to suit many purposes and activities.

The House is furnished with a range of rooms, providing intimate, wood-panelled settings and spacious suite rooms which open out on to the terrace and give views of the extensive gardens and woodland walks. Lackham is very close to the National Trust village of Lacock and the Georgian city of Bath. Within easy reach too of Bristol, Salisbury and Swindon, Lackham is the ideal base and safe environment for residential groups.

There has been a manor at Lackham since the Saxon period, when it formed part of the lands of the thegn of Boscombe, Aelfstan who was an advisor to Edward the Confessor. After the Norman Conquest, it was held by William, son of the Count of Eu. The actual manor was held by Ralph Bluet, who also held Silchester in Hampshire amongst other lands. 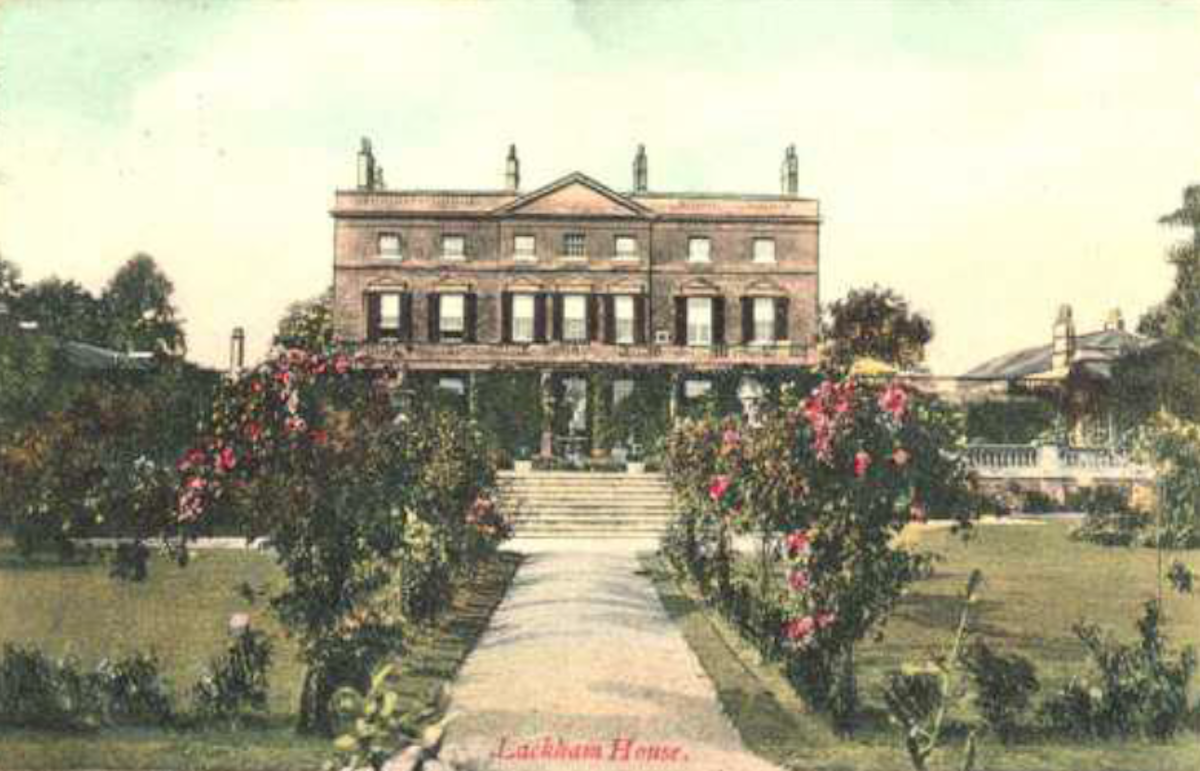 The Bluet family were major Barons of the area and of the Welsh Marches and were closely connected with the Earls of Pembroke, this association winning them extensive lands and power. They dealt extensively with both Lacock and Godstow nunneries. When the local Bluet line died out in the mid-fourteenth century the Baynard family inherited and held the land and manor for further centuries. They were influential within the local area, Robert Baynard was visited by Henry VIII in 1545 and Robert has a commemorative brass in St Cyriac’s church in Lacock.

When their line also ended, just before the Civil War, the heiress Mary Baynard married James Montagu, the third son of the Earl of Manchester. The Montagus held the Manor until the middle of the nineteenth century. Several of them, for example, Admiral John Montagu and his brother George Montagu the naturalist, were nationally important.

Lackham was never again held for more than one generation after the Montagu tenure of Lackham ended in Chancery trusteeship. After having just three families in over 850 years the next century saw 7 different owners, including the powerful mill-owning and weaving family of Palmer from Trowbridge, the Lord Glanely (a shipping magnate from Cardiff ennobled for his contribution to the national effort in WWI) and latterly the Wiltshire agricultural education school. Wiltshire College Lackham is the current embodiment of this organisation and carries forward the estate into its second millennium.

A Further History of Lackham

A short history of the manor at Lackham

The Montagus and the great West Doors of Bath Abbey

A history of Alderton Manor, once owned by the Montagus of Lackham

King Henry the 8th at Lackham

The historical features of Lackham woods

An article detailing the Lackham estate, featured in Canadian Homes and Gardens magazine, 1928

Archaeology in the water mains trench 2012