This site requires Javascript for general functionality regarding searches and applying/validation for courses. Please enable Javascript for this purpose. College students and staff remember those lost | Wiltshire College & University Centre Skip to Content

Each campus took the time to show their respects in different ways, from poems to personal stories and all were followed by a 2-minute silence at 11am alongside the rest of the nation.

Public Services students at the Lackham campus held a small service in the gardens of Lackham House.

The service was led by Chris Thompson, Director of Land-based and Lackham, and included readings and poems read by Nicola Cousins, Lecturer in Science, and Student Alliance President Kayleigh Robinson.

Prior to the two minutes silence, The Last Post was played by Bugler Rifleman Wetton and wreaths were then laid by College Principal & CEO Iain Hatt, Student Alliance President Kayleigh Robinson and Reuben Acott, a Public Services student at Lackham.

Public Services, Travel & Tourism, Criminology and Sports students at our Salisbury campus came together to organise a touching service in remembrance of those lost.

Lecturer in Sport and Public Services Dan Racey spoke first, recalling a touching story of his own time in Afghanistan and of a friend sadly lost, followed by readings by students Connor Owens, Chantelle Anderson and Sam Freeman. This included Flanders Field and the recital of The Exhortation.

Wreath and crosses were then laid by Josie Spooner, Dominic Vernon, Grace Clayton, Shem Francis, Fin Warner, Dean Hoffman, Brooke Gater, Aidne Courtney and Tia Abbott Rolston, followed by the 2-minute silence where students and staff joined together to pay their respects. The service ended with the Reveille being sounded.

Similar to our Salisbury campus, Public Service students in Trowbridge took turns giving readings, where again students read Flanders Field and The Exhortation was recited. Students have been learning about Remembrance Day and created an impressive display in reception.

Some of the students spoke about their own experiences and family who were affected by the war, such as one student's grandfather who was a prisoner of war.

The service ended with the The Kohima Epitaph and those in attendance were encouraged to speak to Public Services students to discuss the meaning of this day. 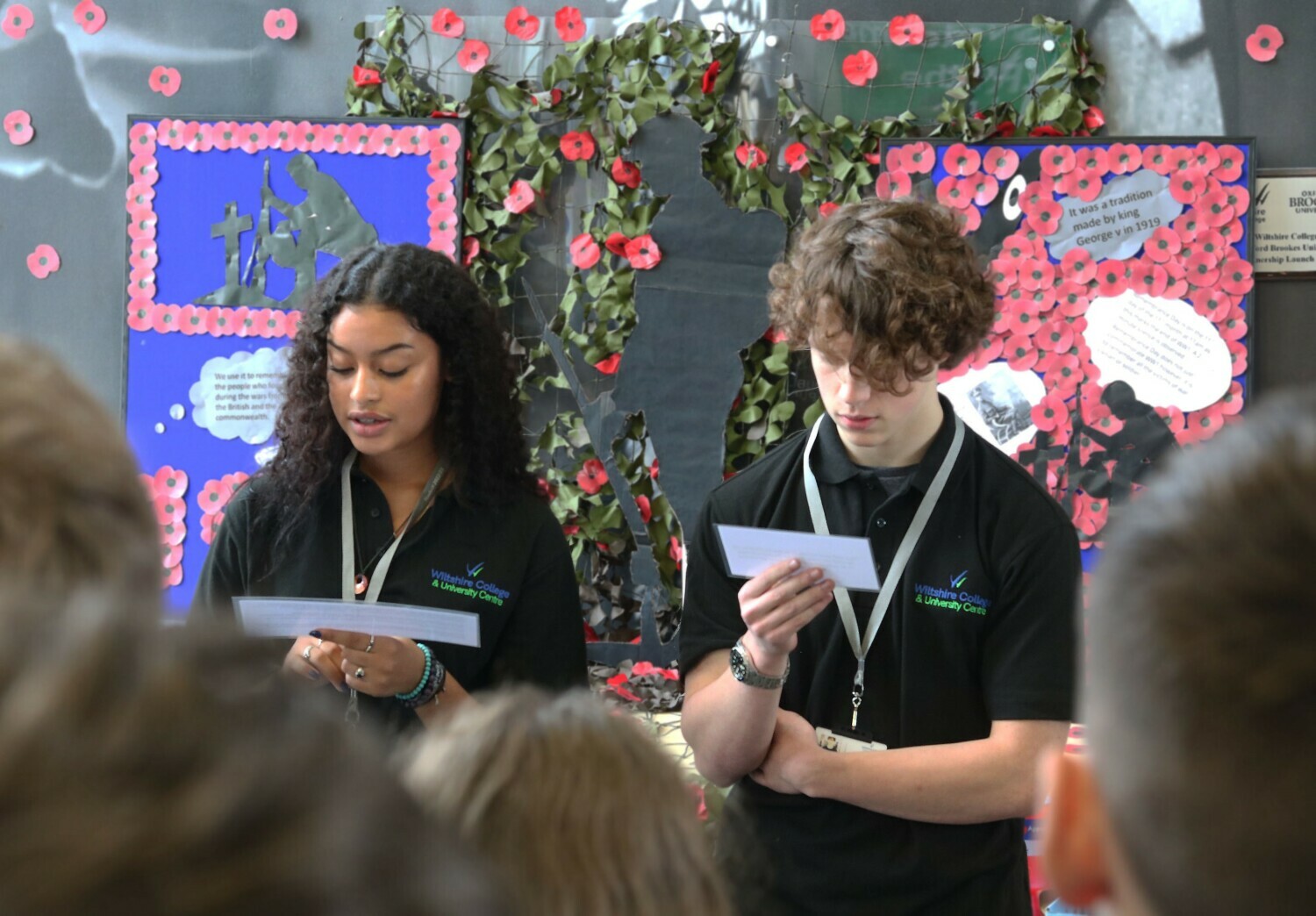