Jon Hind, who completed the HND in Creative Media Production (VFX) at the College’s Chippenham campus earlier this year, is now working at the Centre for the Analysis of Motion, Entertainment Research & Applications (CAMERA) Studio at the University of Bath.

Jon's portfolio impressed the team at CAMERA so much that he was taken on as their studio technician just few weeks after completing his HND.

One of the first projects he is supporting is a short film about the Dambusters being produced by a Bristol film-maker. Congratulations Jon and well done.

Post-16 courses in Film and Creative Media are offered at the College’s Chippenham, Salisbury and Trowbridge campuses, while the HND in Creative Media Production (VFX) is run in Chippenham. Find out more here.

PICTURE: Jon alongside lecturer Nicky Dew on campus at Chippenham earlier this year 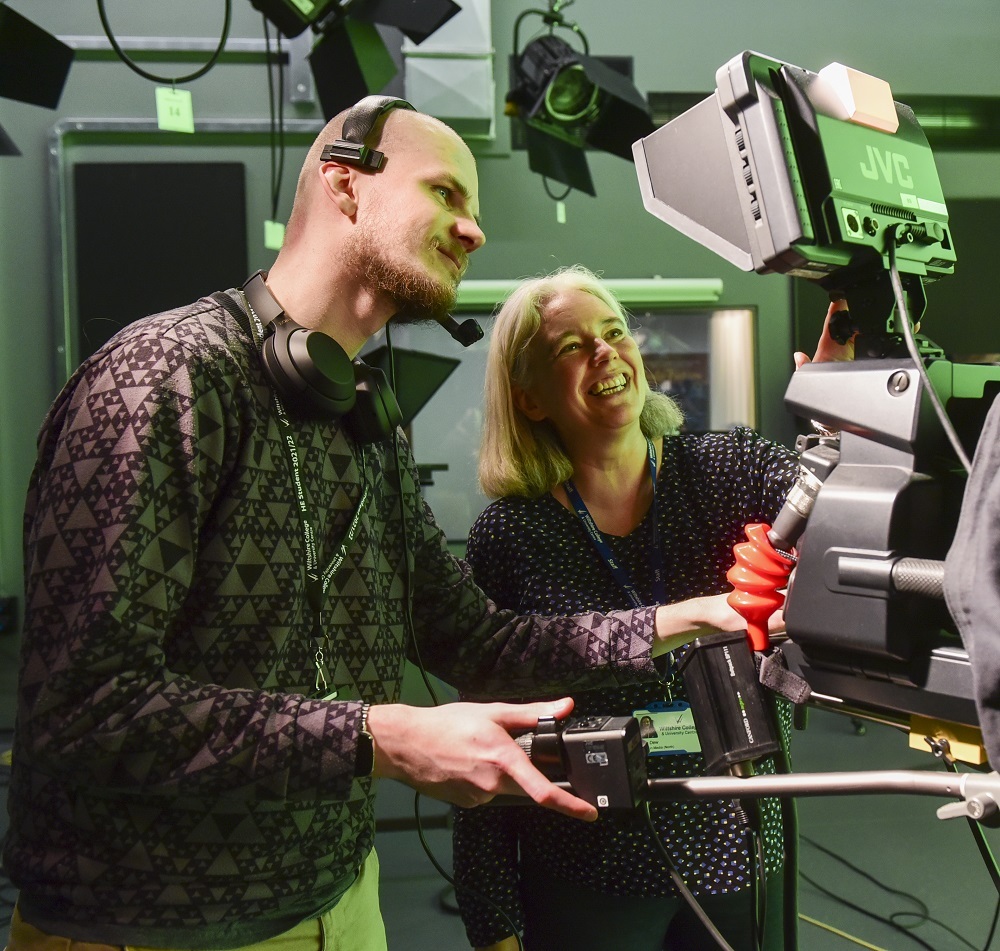