This site requires Javascript for general functionality regarding searches and applying/validation for courses. Please enable Javascript for this purpose. Students' weather balloon returns to Earth after reaching the edge of space | Wiltshire College & University Centre Skip to Content

Students at Wiltshire College & University Centre have seen their weather balloon successfully return to Earth following its journey to the edge of space.

The flight served as the latest enrichment project for students in the College’s Engineering department and was aided by a £1,500 grant from Chippenham Borough Lands Charity.

Having spent the last few weeks constructing the payload and parachute alongside formulating route calculations that considered factors that would impact the flight, students inflated the balloon at the College’s Chippenham campus on Monday morning before launching it into the skies above the town at approximately 8.45am.

The balloon travelled to a maximum altitude of around 100,000 feet during its ascent and parachuted back to Earth around four hours after its launch where it safely touched down in farmland near Abergavenny in Wales before being retrieved at around 2.30pm.

After being inflated to a size of around two metres in diameter for its launch at the College, the weather balloon grew to about eight meters in diameter during its flight.

The Civil Aviation Authority (CAA) were contacted prior to the launch to grant permission to fly and to issue a Notice To Airmen (NOTAM) so other aircraft were aware of the location, size and ascent time of the balloon.

Mark said: “The predicted route was that it would land just south-east of Abergavenny and the fact that it got there means we can say without checking the data that it reached the edge of space.

“The balloon is very flexible, so its size at launch is very different to its size when it bursts. The pressure in the atmosphere is so low that by the time it was at its peak, it was eight metres in diameter. That’s what allows it to get to what we call the edge of space, which is anything above 100,000 feet which is three-times as high as airliners fly.”

As well as being fitted with GPS tracking so the team could follow its flightpath, the payload also carried a camera and items that would allow students to analyse the impact of weather conditions the balloon faced.

These were successfully retrieved upon the balloon’s landing and will be assessed by students alongside film footage this week.

Mark added: “The project was primarily for the education of the students involved and their enrichment but it was also a lot of fun. It is a really, really cool thing to do. A lot of people turned out to see it and the students loved it.

“There was a lot of things the students had to think about but they’ve learned an awful lot and it’s been great fun.”

Representatives of Chippenham Borough Lands Charity were present at the launch and were delighted to have been able to help facilitate the project.

Jim Cook, Chippenham Borough Lands Charity Trustee, said: “It is tremendously exciting to be involved in some small way in this project. Talking to the students and staff involved, they are all so passionate about what they are doing – it’s wonderful.

“It was a privilege to be asked to watch the launch and to have played a small part in helping the team achieve this goal is absolutely our pleasure.”

For more information on the College’s Engineering courses or to enrol, visit www.wiltshire.ac.uk/department/engineering-and-manufacturing. 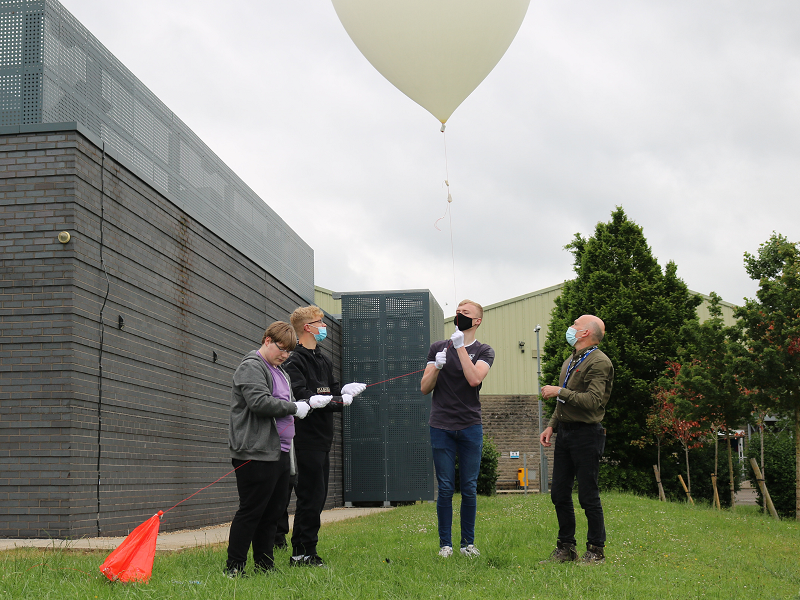