This site requires Javascript for general functionality regarding searches and applying/validation for courses. Please enable Javascript for this purpose. Students to send balloon to the edge of space | Wiltshire College & University Centre Skip to Content

Stu­dents to send bal­loon to the edge of space

Wiltshire College & University Centre are delighted to have been awarded £1500 by Chippenham Borough Lands Charity to enable the engineering department’s latest enrichment project, which will see students send a weather balloon up to 100,000 feet.

The weather balloon, which will grow to about eight meters in diameter, will have a camera, GPS tracking and other equipment onboard up to its highest altitude before it parachutes back to earth. This will be three-times higher than the cruising altitude of airliners and more than three-times the height of Mount Everest.

Therefore, on returning to campus, Mark and his students wanted to resume something that they could realistically complete by the end of the academic year, ultimately deciding on the balloon project.

Mark said: “The students are very much looking forward to it. They have already invested a lot of time and thought into the project.

“It is hoped that other students, staff, families and locals will also be able to enjoy it. The balloon will be visible through binoculars for part of its ascent, will get larger as it rises and be airborne for about four hours.”

The students working on the project will need to consider factors that they may not normally get the opportunity to experience, allowing them to learn from considerations including buoyancy, meteorology, GPS tracking, air traffic, thermal insulation, safe payload descent and recovery. For example, the balloon will fly where the air density and air temperature are very low, perhaps –40°C, where batteries tend not to work. It will also fly out of sight, becoming subject to wind speeds and directions that are different to those at ground level.

The students have also had to source a suitable balloon, tracking equipment, helium, and other necessary equipment. The Civil Aviation Authority (CAA) have been contacted and have granted permission to fly and to issue a Notice To Airmen (NOTAM) so other aircraft are aware of the location, size and ascent time of the balloon.

There are many more logistics for learners to get involved with pre-launch, such as designing and constructing the payload, sourcing weather predictions to approximate landing location and helium content, with ascent rate being calculated on the day depending on wind speeds and directions.

The launch is planned for Monday, June 21st at 8am from the grounds of the Chippenham campus. However, this will be weather dependent and subject to the continued permission of the CAA.

Once launched, the group will drive to the expected landing location while tracking the GPS location of the balloon. Contact is expected to be lost with the balloon once it reaches two or three miles altitude, but will regain contact during its descent, which will provide a point on a map to recover it.

Mark added: "The students are thrilled to be involved in a practical project again. Chippenham Borough Lands Charity have been instrumental in enabling this to happen. We're counting down to launch day now!" 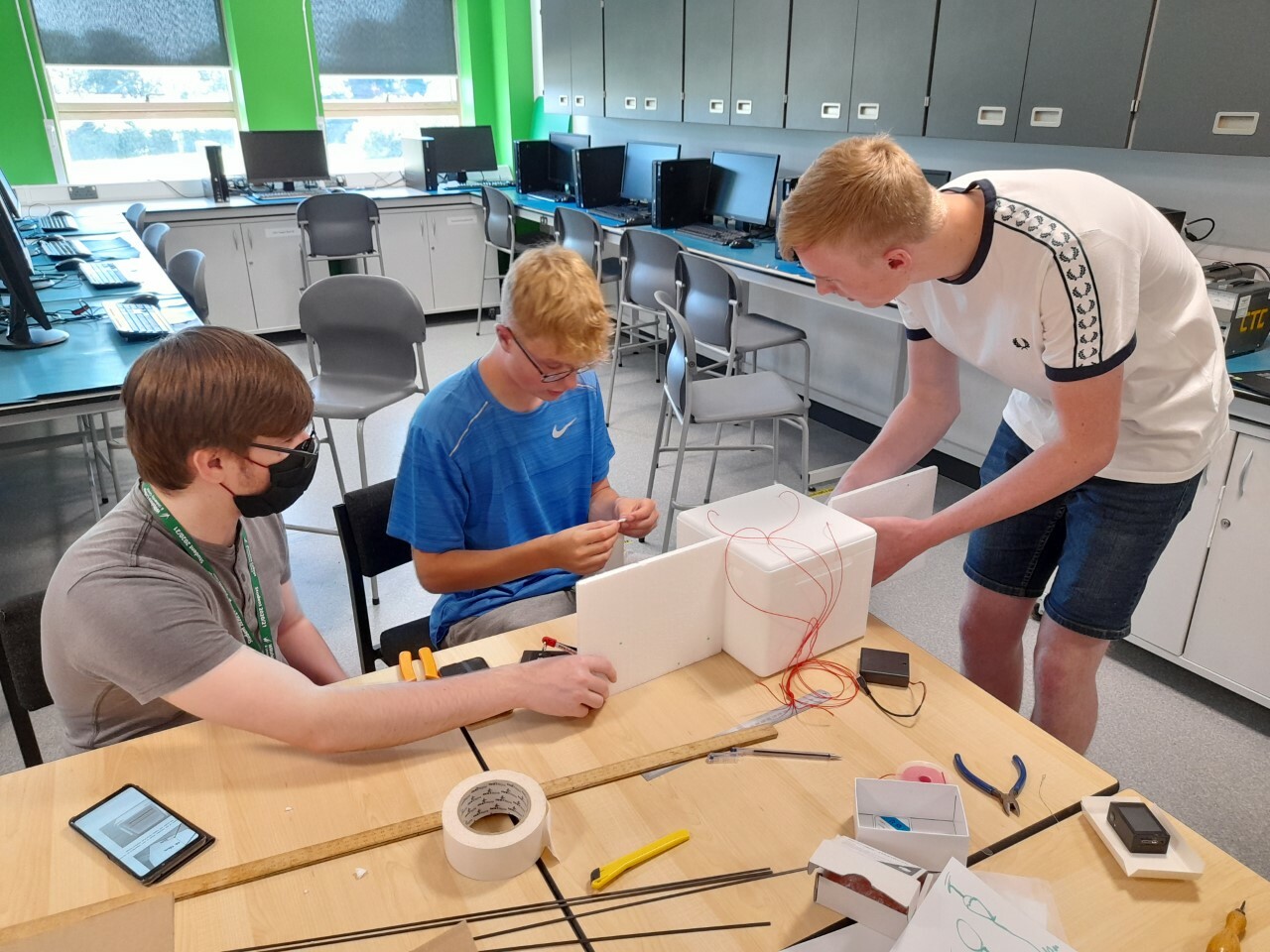