Students and staff at Wiltshire College & University Centre have staged a number of activities in order to raise vital funds for Ukrainian refugees and those affected by the war.

Projects range from food and produce sales to musical performances and even a virtual distance challenge, with events taking place across all four of the College’s campuses at Chippenham, Lackham, Salisbury and Trowbridge.

Oliver Symons, Deputy Principal Curriculum and Quality at the College, said: “It’s fantastic that our students have got involved in so many different activities to raise funds and awareness for such an important cause. The situation in Ukraine is something I know everybody is mindful of and the College is proud that our students and colleagues are trying to contribute to making a difference in some small way.”

At Trowbridge, students and staff took part in a ‘Kyiv to Campus’ challenge, which involved recording daily activity in a virtual log and attempting to match the distance from Kyiv to Trowbridge – 1,612 miles – in one month.

The challenge ended this week so exercise machines were set up in the campus reception to encourage people to take part and help reach the target total. A group campus walk also took place.

Donations for those taking part in ‘Kyiv to Campus’ will go to School in a Bag – a charity working on the frontline in Ukraine. In total, students and colleagues ran, walked, cycled, swam and scooted an incredible 2013.86 miles and raised £314 in the process.

Nicole Medin is a Ukrainian student studying Foundation Art & Design in Trowbridge and is also a keen singer. On the final day of term before the Easter break, she delivered a moving performance at the Arc Theatre in front of staff and fellow students who were asked to make a donation to her Just Giving page in order to attend.

In March, Foundation Studies students based at Chippenham planted sunflower seeds and oversaw the early stages of their growth. Staff and students were invited to buy a sunflower – which is the national flower of Ukraine – for a minimum donation of £1. The sunflowers were dug up and potted ready for collection in the final week of term.

The remaining plants were placed on sale at the campus alongside a range of other plants and vegetables grown by the students. The same group are now planning to re-plant the flower beds outside the Castle Combe campus in yellow and blue flowers.

Students on English for Speakers of Other Languages (ESOL) courses organised an international food sale, with a range of delicious food items from around the world sold at the Chippenham, Trowbridge and Salisbury campuses. In total, the international food sales raised £494 and money raised from both that project and the sunflower project will be sent to the Disasters Emergency Committee.

Coffee and cake mornings in Trowbridge and Salisbury have also raised funds for School in a Bag, with another planned at Chippenham. 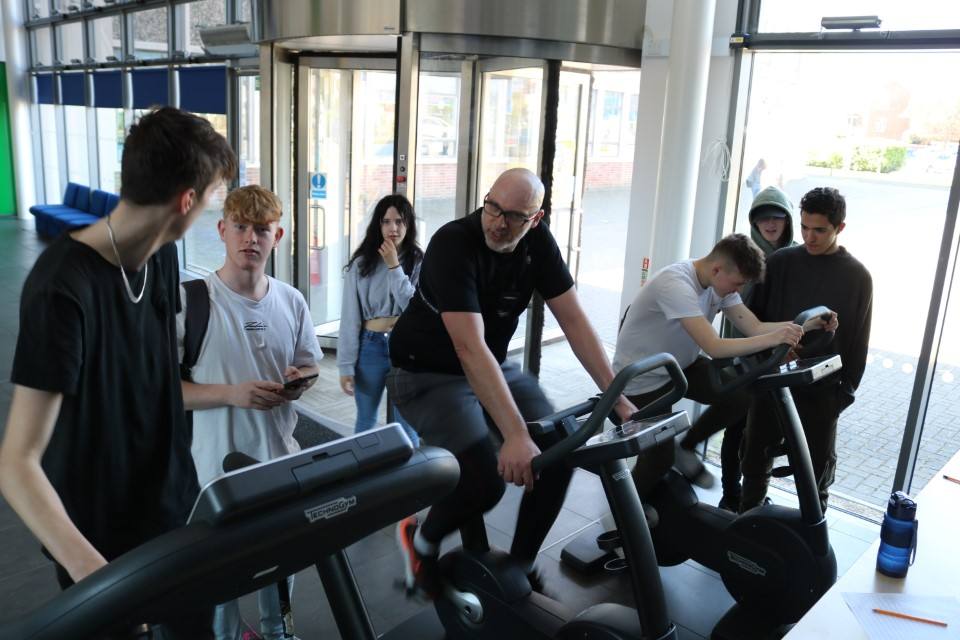