Engineering students at Wiltshire College & University Centre have successfully launched another weather balloon capable of reaching the edge of space.

Having spent the last few weeks constructing the payload and parachute alongside formulating route calculations that considered factors that would impact the flight, students Craig Taylor, Abbie Connor, George Herbert, Owen Chant and Jacob Booker alongside lecturer Mark Ghinn inflated the balloon at the Southampton Road site on Thursday morning before launching it into the skies above the city at approximately 8.30am.

The balloon is capable of travelling to a maximum altitude of around 100,000 feet during its ascent, during which time it will inflate to a size of around eight meters in diameter. Eventually, the balloon will burst and will hopefully parachute safely back to Earth.

As well as being fitted with GPS tracking so the team can follow its flightpath, the payload also carried a camera which will record a scientific experiment being conducted inside.

Students are trying to prove water will boil at 37C – the same temperature as blood – once it reaches 64,000 feet. A hot plate inside the payload will regulate a flask of water at 37C. Once the balloon reaches around 64,000 feet in height, the water should boil.

Once the balloon returns to Earth, students will work on retrieving it and reviewing the video footage inside.

Prior to the launch, flight commander Craig Taylor said: “We want to prove that water will boil at 37C at 64,000 feet. The device will control the water from 37.2C to 37.8C which will represent blood temperature.

"The main thing we need to consider is the weather as the wind will be factor. We need a wind from the south otherwise the balloon might end up in France or in the Channel.”

The Civil Aviation Authority (CAA) were contacted prior to the launch to grant permission to fly and to issue a Notice To Airmen (NOTAM) so other aircraft were aware of the location, size and ascent time of the balloon.

For more information on the College’s Engineering courses or to enrol, click here. 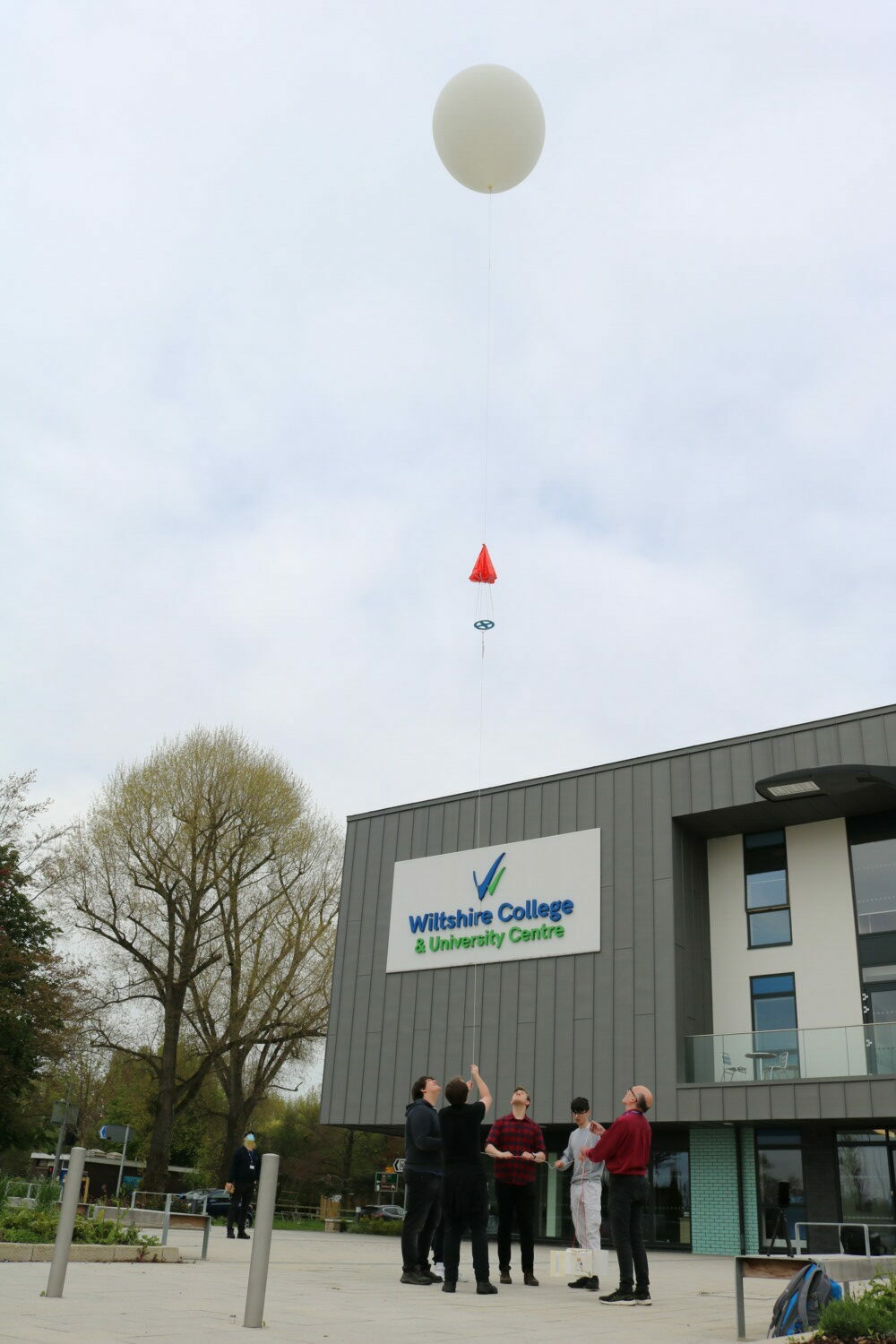