This site requires Javascript for general functionality regarding searches and applying/validation for courses. Please enable Javascript for this purpose. Meet the face behind Performing Arts at our Trowbridge campus | Wiltshire College & University Centre Skip to Content

If you’ve ever wandered around the Performing Arts department at our Trowbridge campus, chances are you’ve seen Karl’s lovely grin smiling around the halls.

Karl Montgomery-Williams has worked at the College for the past 3 years as the Performing Arts lecturer and course lead. Passionate about teaching from the start, he studied theatre at Trinity St.David in Wales where he covered Theatre Education during his studies and discovered his love for it.

Karl has had an interesting career, working in insurance, teaching drama to primary school children and working at Pontins Holiday Parks as an entertainer. The variety of roles gave him skills to build and develop constantly while holding onto his teaching goal. He eventually joined us at the College where he was able to put his performing arts skills and newfound teaching skills into practice.

Karl also loves to partake in shows in his spare time. After a break from acting, he decided to return to the spotlight playing roles such as Seymour in Little Shop of Horrors and landing the role of Pinocchio in the upcoming musical Shrek at our very own Arc Theatre.

When asked about his performing break and what made him return to the stage, he said: “When I started teaching at the College I kept telling my students to get involved in productions but I wasn’t doing so myself, how could I expect students to perform when I didn’t? I knew I had to practice what I preached!”

We asked Karl if he had any last words, his response was quite inspiring: “If you want something go steady with it, enjoy it, make sure you study what you really love. Don’t focus too much on the future just take it one step at a time! And make sure you don’t put too much pressure on yourself, just take in the here and now.”

We look forward to seeing Karl’s production of ‘Ripped’ later this term.

To find out more about our Performing and Production Arts course, click here. 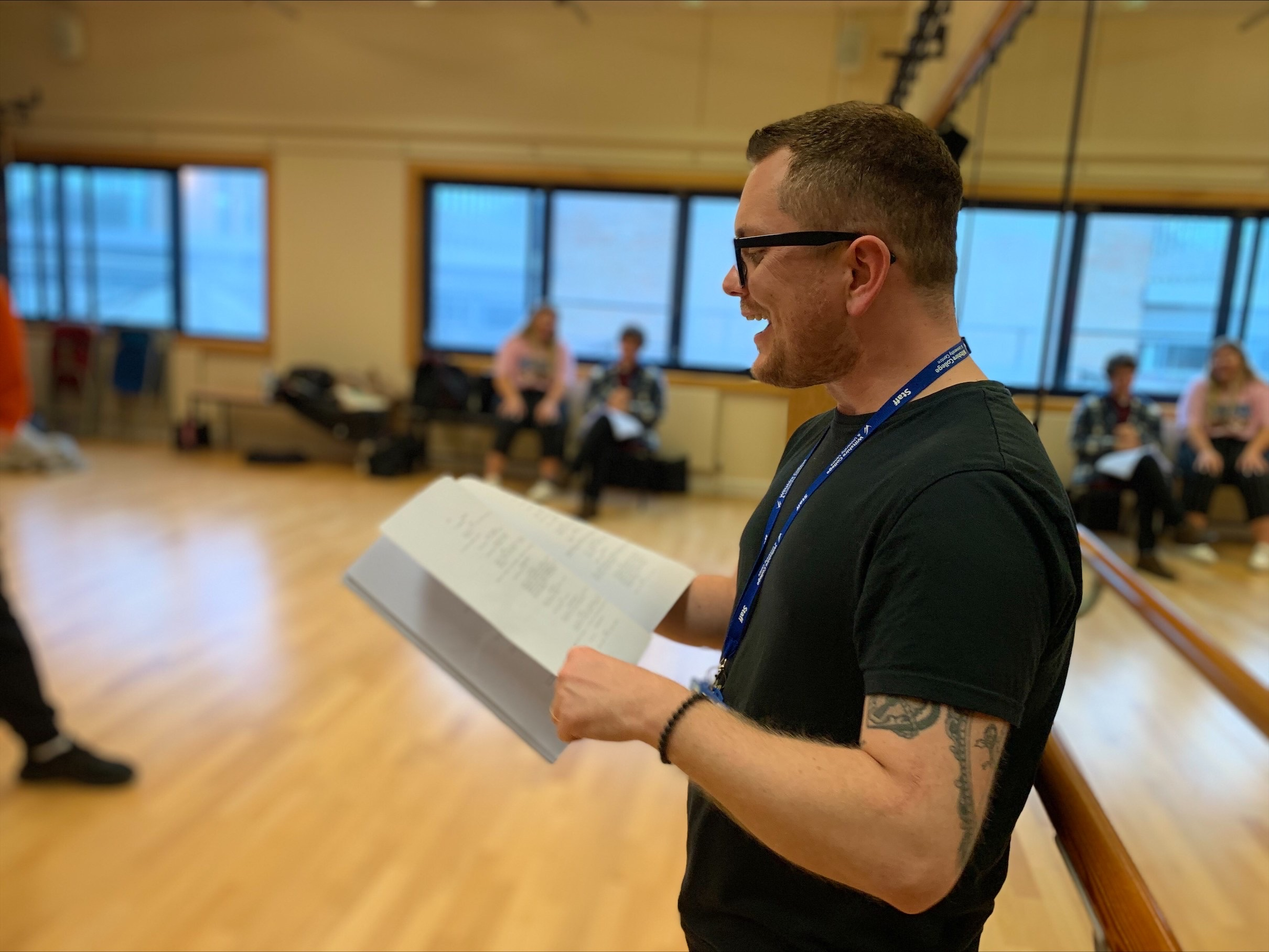