Long-serving members of staff at Wiltshire College & University Centre were celebrated at four separate special lunches across each campus.

The College was delighted to be able to celebrate many of its long-serving members of staff at a series of special lunches held prior to the Easter break.

Colleagues who reached milestones of five, 10, 15, 20, 25, 30 and 35 years of service at the College between 1st September and 31st December 2021 were recognised in separate events held at the Chippenham, Lackham, Salisbury and Trowbridge campuses in the final two weeks of term.

College Principal & CEO Iain Hatt and Deputy Principal Curriculum & Quality Oliver Symons attended all four lunches and were joined by other senior members of staff at each campus to help recognise and congratulate those colleagues being honoured.

Colleagues received a special letter of thanks and will also be presented with a commemorative pin badge marking their length of service to be worn on lanyards.​​​​​​

College Principal & CEO Iain Hatt said: “I was very pleased so many colleagues were able to join me in a small event to mark their service with the College. For myself and the other members of the Senior Leadership Team, it is really important to show our gratitude to colleagues in this personal way.

“One of the things which makes the College such a fantastic place is the outstanding staff we have across all of our campuses. It was a pleasure to bring people from different academic areas and professional services together and hear their memories of the College over the years.

“On behalf of the Governors, I would like to thank all colleagues for the valuable contributions you all make to the College and the part you play in its continued success.”

Phil Steans, Farm and Estate manager at Lackham, was amongst those staff members to be recognised and has been at the College for 25 years. He said: “It’s a long time and I’ve seen it change a lot but it has always been a great place to work. I still enjoy it as much as I ever did. The College plays such an important role for so many young people at such a key stage of their lives and it is nice to be a part of that.”

Sue Davis, Lecturer in Public Services attended the lunch at Chippenham to mark her 15 years of service at the College. She said: “I’ve worked at Lackham, Trowbridge and Chippenham so nearly the full set – and I’ve worked in a few departments too, from sport to engineering. You have to be adaptable in teaching. You can be an expert in something but you have to be diverse as students' attitudes have changed over the years.”​​​​​​​

Richard Safe attended the Salisbury lunch and was celebrating 20 years on the Estates & Services team. He said: “It is a long time – two-thirds of my adult life. We’ve got good people here and I still enjoy it. It was still Salisbury College when I started back in 2002 and through that time it’s always been such an important hub within the city.”

This is a new initiative launched by the College this year, and the next group of colleagues to reach milestone anniversaries of service between 1st January and 30th April 2022 will be celebrated in the summer. 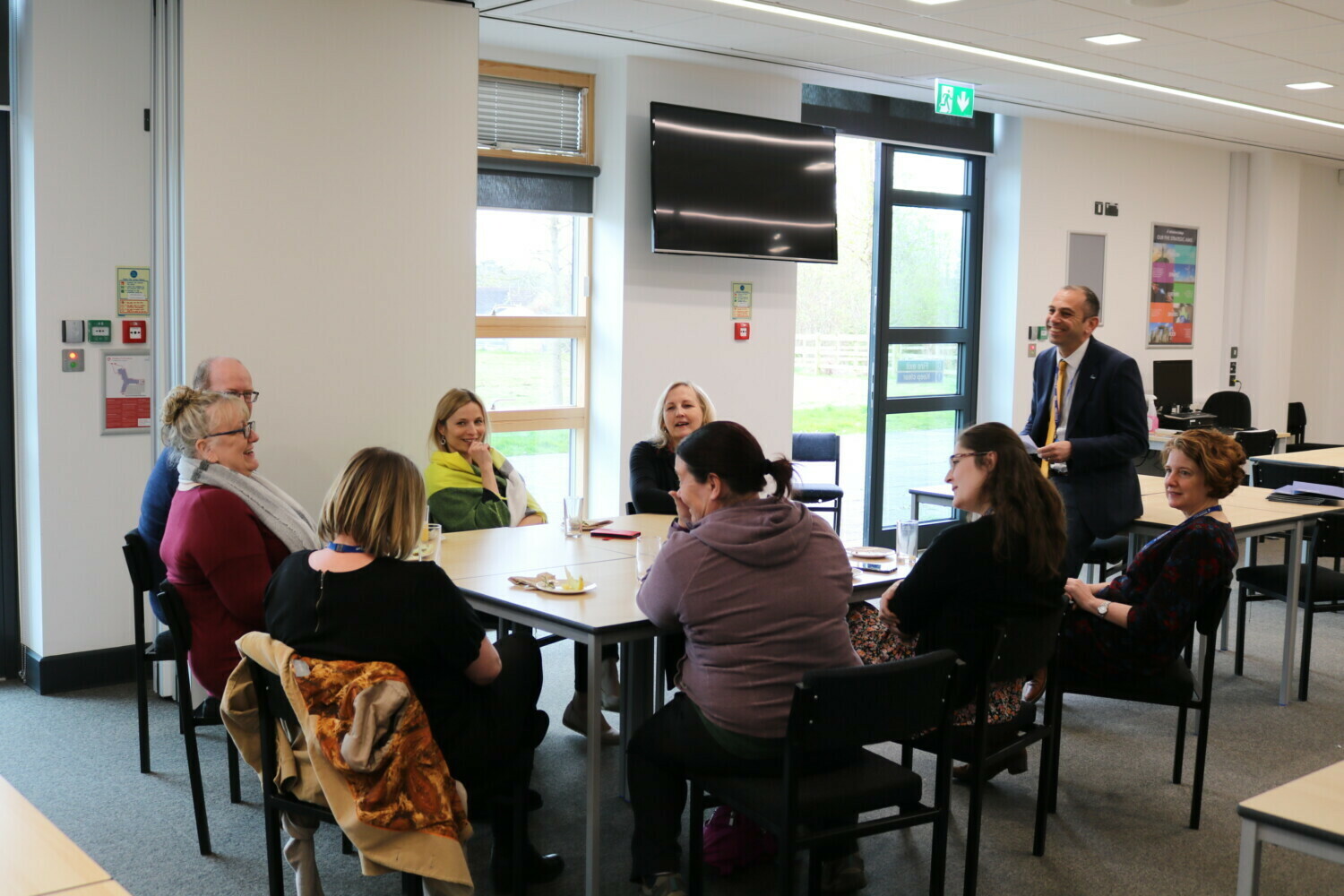