A former Wiltshire College & University Centre student is playing his part at the FIFA World Cup in Qatar.

Adam Nunn previously studied A Levels at the College, leaving in 2004, and is in a group of elite match officials selected to take part in the tournament.

On Monday 28th November, Adam made his debut at the biggest tournament in professional football by serving as an assistant referee in the Group H game between South Korea and Ghana. Adam was assisting referee Anthony Taylor alongside fellow assistant Gary Beswick.

Adam, from Trowbridge, has forged a career in professional football since leaving the College and has established himself as one of the top assistant referees in the country. 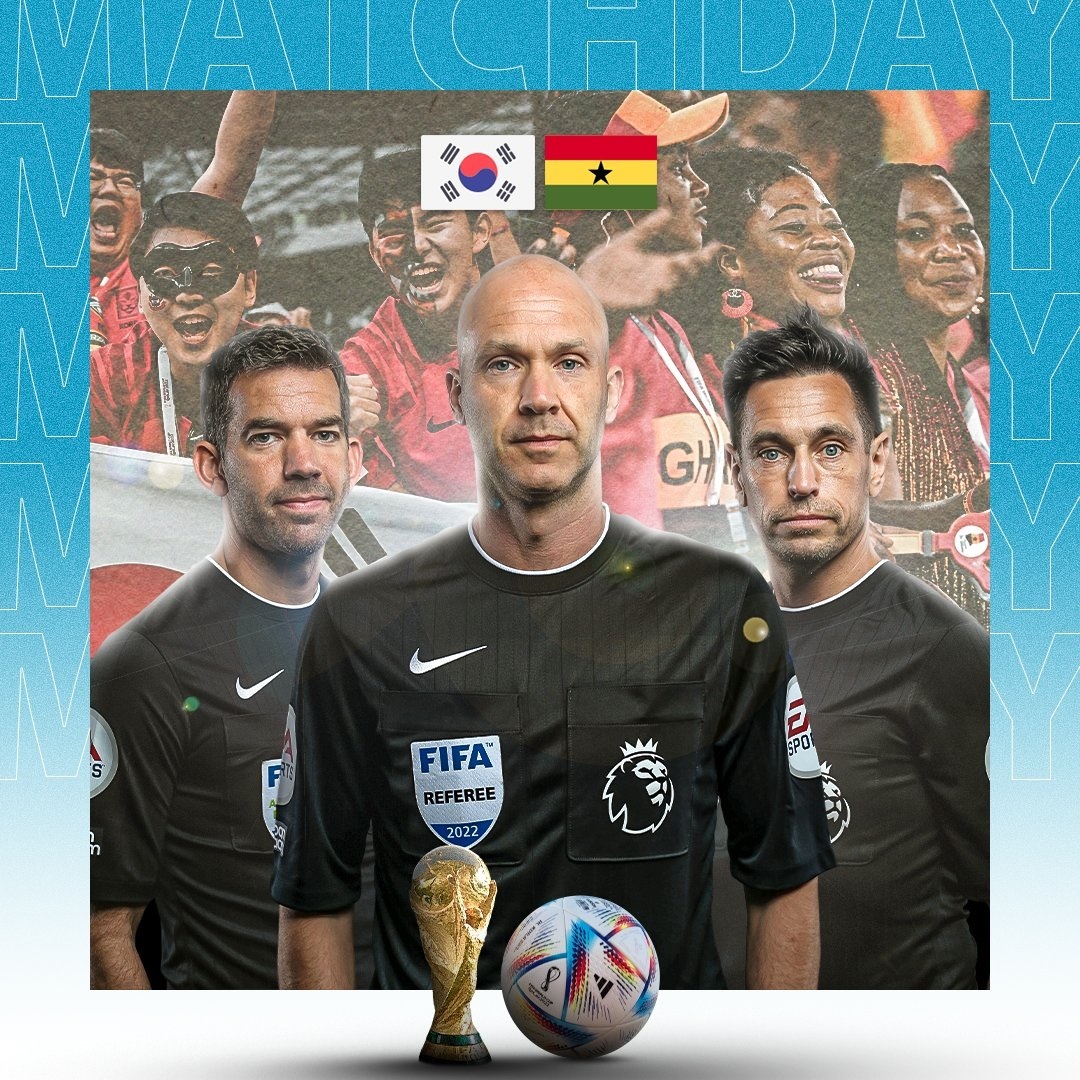