Early Years students at Wiltshire College & University Centre have taken part in an annual charity appeal in the lead up to the festive season, helping to spread a little positivity to disadvantaged children around the world.

Students are participating in Operation Christmas Child, which is organised by Samaritan’s Purse every winter.

The project sees donors fill an empty shoe box full of gifts, toys, school supplies, hygiene items and other fun items before covering them in Christmas wrapping paper. Organisers of the project then collect and deliver the shoebox gifts to children in need around the world.

Students studying the BA (Hons) Early Childhood Studies programme completed their shoeboxes at the College’s Trowbridge campus this week, with the parcels ready to be sent out to their recipients.

Becky Ovenden, Programme Lead for the College’s Early Years degree-level programme, explained that participating in the project is helping to grow students’ understanding of childhood issues from a global perspective.

“Operation Christmas Child is a fantastic project to be involved with and helps provide some of the world’s most in-need children with something to enjoy at Christmas time. The students all enjoyed taking part and we look forward to our gifts being delivered,” said Becky.

“For our students, the appeal is a part of a wider project aimed at exploring and better understanding the issues that face children and young people in different parts of the world – many of which are hugely different to those faced by children in the UK.

“Many of the children who will receive these gifts are at the most vulnerable stages of their lives and it is important for our students to fully understand that a young person’s development process can differ from one part of the world to the next.”

Operation Christmas Child began in the UK in 1990 after businessman Dave Cooke and his wife Jill sought to do something in response to the plight of Romanian orphans at the end of the Cold War, deciding on the shoebox gift idea as a form of easily transportable ‘Christmas stocking’.

The project became affiliated with Samaritan’s Purse in 1993 and more than 178 million shoeboxes have been distributed around the world to children in need since its inception.

The College offers a variety of Early Years courses ranging from post-16 to degree-level at its Chippenham, Salisbury and Trowbridge campuses. For more information, click here. 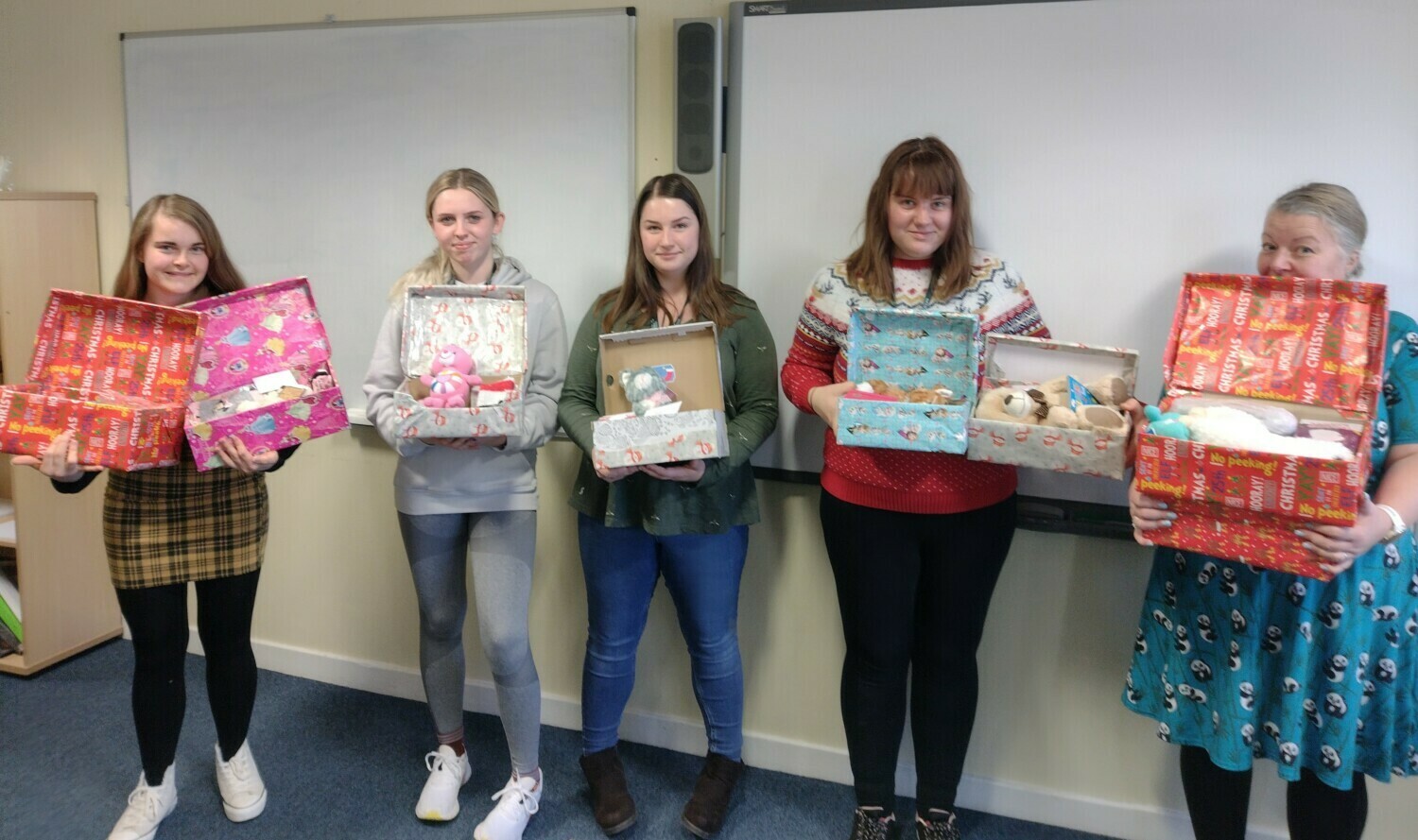