A project involving a group of recent Wiltshire College & University Centre graduates has helped give Salisbury a new look following the launch of the Salisbury Story Trail.

The Salisbury Story Trail is a family friendly adventure which takes its followers on a journey through the history of Salisbury and explains the story behind the city’s new marque.

The marque is part of a new vision for Salisbury. It contains nine letters – spelling out the word Salisbury – and is intended to showcase it as a modern medieval city, with each letter inspired by a different part of Salisbury’s history.

International brand consultancy specialist Heavenly were previously appointed to help develop the city’s branding and partnered with the College to design a new city marque.

As such, each of the elements on the marque were co-created by talented young designers from the College, with the entire design inspired by the stonemasons that chiselled and crafted the stones at Salisbury Cathedral 800 years ago.

Students Oran Denbury, Darcy Facer, Hannah Lee, Harry Hight, Georgia Lewis, Skye Lawrence and Louise Harrington were all involved in the marque project during their time studying a Foundation Diploma Art & Design at the College and have since moved onto universities around the country.

Following the recent launch of the new marque, the Salisbury Story Trail has now been created by city organisations, including Salisbury City Council, Salisbury BID and Experience Salisbury, and welcomed its first explorers on Saturday.

Representations of all nine elements on the marque have been placed at different locations across the city centre, with local artists and organisations taking the original concepts and adding their own influence to create a unique design.

At each of these locations, explorers will be able to learn more about the fascinating story behind each of the letters on the marque and more about Salisbury’s history.

Tracey Bullen, head of Creative Arts at Wiltshire College & University Centre, said: “It was very exciting to work on this project and it was brilliant that some of our Creative Arts students were able to gain real world experience, consider a live design brief and work closely with a prestigious agency.

“It is fantastic to see the results of their hard work in this amazing new marque and wonderful to see their creation represented in such interesting and unique ways in the designs on the Salisbury Story Trail across the city.”

Louise Harrington, one of the former students involved in the design of the new marque, said: “I am happy to have contributed to this project as it gave me an opportunity to explore new creative alleys I hadn’t before, in a fresh and exciting way. I’m proud to see the result of the project and how it all came together from the simple elements of Salisbury we collected and extracted inspiration from.” 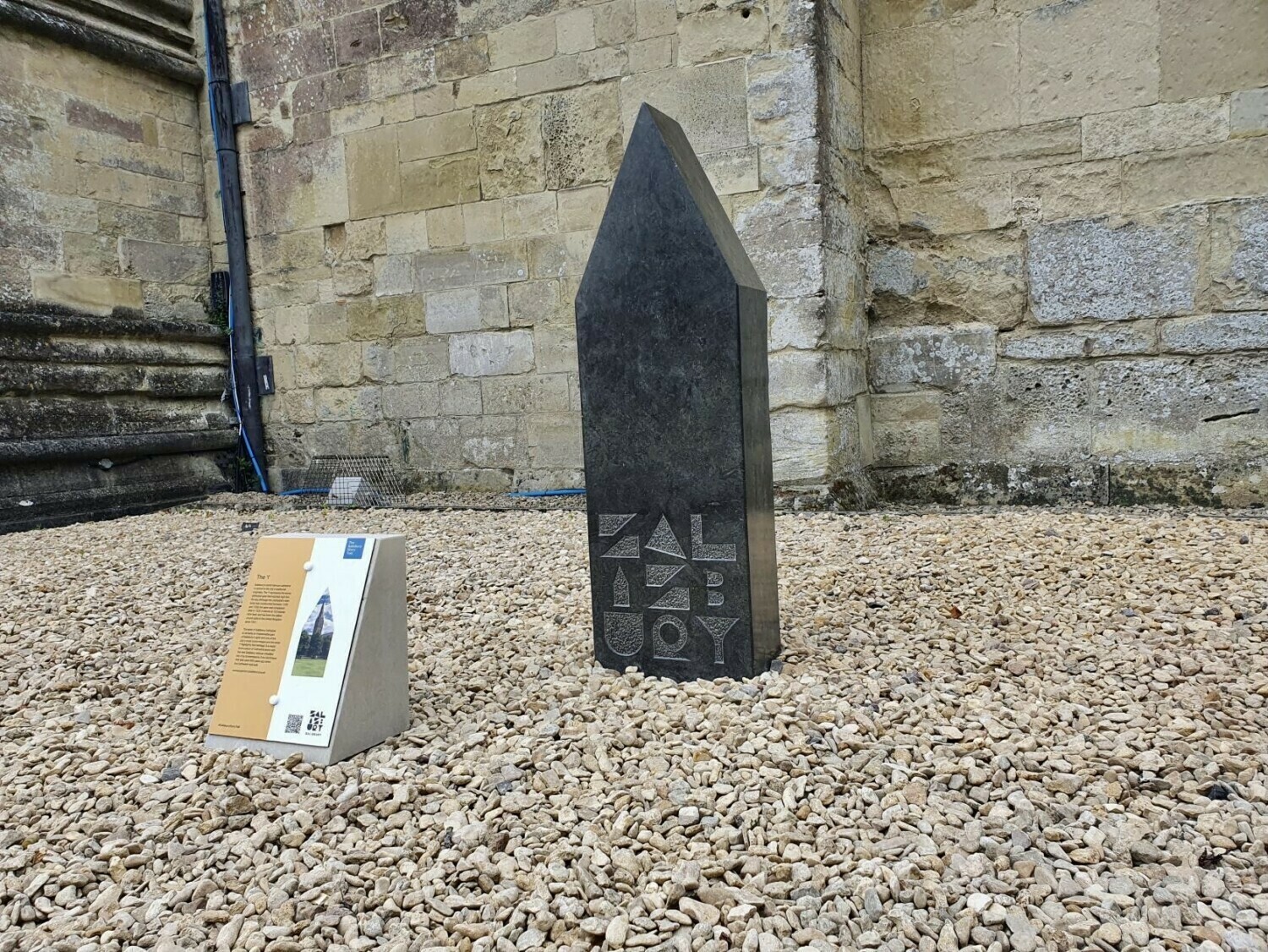