Wiltshire College & University Centre was delighted to welcome Lord-Lieutenant of Wiltshire, Sarah Rose Troughton, for a tour of the Chippenham campus

The Lord-Lieutenant is Her Majesty The Queen's representative in the county and is appointed by the Sovereign on the advice of the Prime Minister.

Lord-Lieutenant Troughton was welcomed to the College by Julian Wood, Deputy Principal Corporate Resources, before being joined by Head of Engineering Jen Mellows for a tour of the campus.

The tour included visits to the Construction Skills Centre, Engineering departments, Film and Media Production suites and the Aspire Academy of Hair and Beauty.

As well as talking with lecturers in each subject area, Lord-Lieutenant Troughton took a hands-on role in the Film and Media Production suite, appearing in a virtual newsroom after being filmed in front of a green screen before discussing an ongoing James Bond-inspired film project with students.

Lord-Lieutenant Troughton said: “It was an absolute pleasure to come to Wiltshire College & University Centre’s Chippenham campus and be shown around these wonderful facilities.

“I had no idea about the amazing array of courses on offer at the College and the brilliant equipment and resources available to the students.

“It was a pleasure to see so many students clearly happy to be back on campus again. It must be an absolutely brilliant place to learn. I wish the College every success in the future.”

Lord-Lieutenant Troughton took post in 2012 and maintains a keen interest in all aspects of life within Wiltshire as a whole, including council services, commerce and industry, the Armed Forces, along with many voluntary, community and charity groups and organisations.

College Deputy Principal Julian Wood said: “We were delighted to be able to show Sarah some of the great facilities at our Chippenham campus, and for her to meet the staff and students who make this such an inspiring place to learn.” 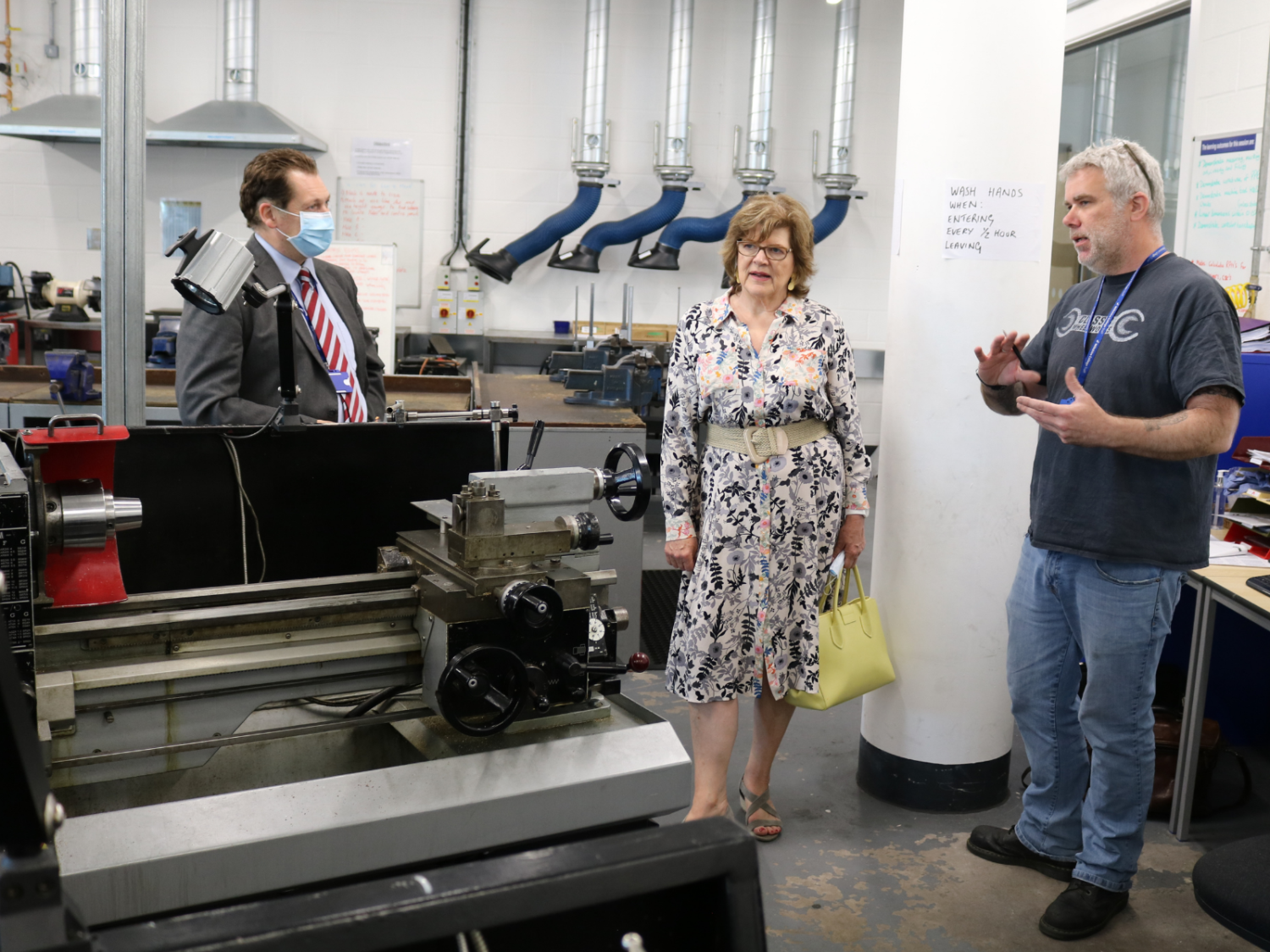