Students at Wiltshire College & University Centre’s are building a balloon that will be sent to the edge of space.

Wiltshire College & University Centre’s Engineering department will head back to the edge of space next month following the construction of another weather balloon.

Last June, students from the College’s Chippenham campus successfully launched a balloon that travelled to 109,000 feet before bursting and parachuting back to Earth around four hours later.

This time, it is the turn of students at the Salisbury campus to oversee the project, which is planned to launch on the morning of Thursday, 28th April from the campus on Southampton Road – weather permitting.

This year’s balloon will also feature an additional experiment to try to prove water will boil at 37C – the same temperature as blood – once it reaches 64,000 feet.

The weather balloon, which is a helium balloon that will grow to about eight meters in diameter during its ascent, will carry a payload fitted with a camera, GPS tracking and other equipment onboard, including a hot plate which will regulate a flask of water at 37C. Once it reaches around 64,000 feet in height, the water should boil.

The balloon will then continue to climb before bursting and parachuting back to Earth where the camera equipment will be collected by students who will then review the recording.

The students working on the project will need to consider factors that they may not normally get the opportunity to experience, allowing them to learn from considerations including buoyancy, meteorology, GPS tracking, air traffic, thermal insulation, safe payload descent and recovery.

Craig Taylor said: “We want to prove that water will boil at 37C at 64,000 feet. The device will control the water from 37.2C to 37.8C which will represent blood temperature. The main thing we need to consider on the day is the weather as the wind will be factor. We need a wind from the south otherwise the balloon might end up in France or in the Channel.”

Owen Chant added: “It’s going well so far and it is a really fun project. We are just working on getting the battery packs soldered to the hot plate and the temperature control, and then we will hopefully be done with all the wiring components. Next, we will work on fixing the helium tanks and then we should be good to go in time for the lift.”

Mark Ghinn, Lecturer in Electronic Engineering at the College, organised the enrichment project so students gain valuable experiences alongside their studies.

Mark said: “This project will go that bit further than the previous one. It’s a bit more challenging, there’s more for the students to think about – and there is more that can go wrong. We won’t get as high as the previous balloon and will probably be about 15,000 feet below that but the crucial thing is that we get to 64,000 feet.”

There are many more logistics for learners to get involved with pre-launch, such as designing and constructing the payload, sourcing weather predictions to approximate landing location and helium content, with ascent rate being calculated on the day depending on wind speeds and directions.

The Civil Aviation Authority (CAA) have been contacted and have granted permission to fly and to issue a Notice To Airmen (NOTAM) so other aircraft are aware of the location, size and ascent time of the balloon.

To find out more about the College’s Engineering courses or to enrol, visit www.wiltshire.ac.uk/department/engineering. 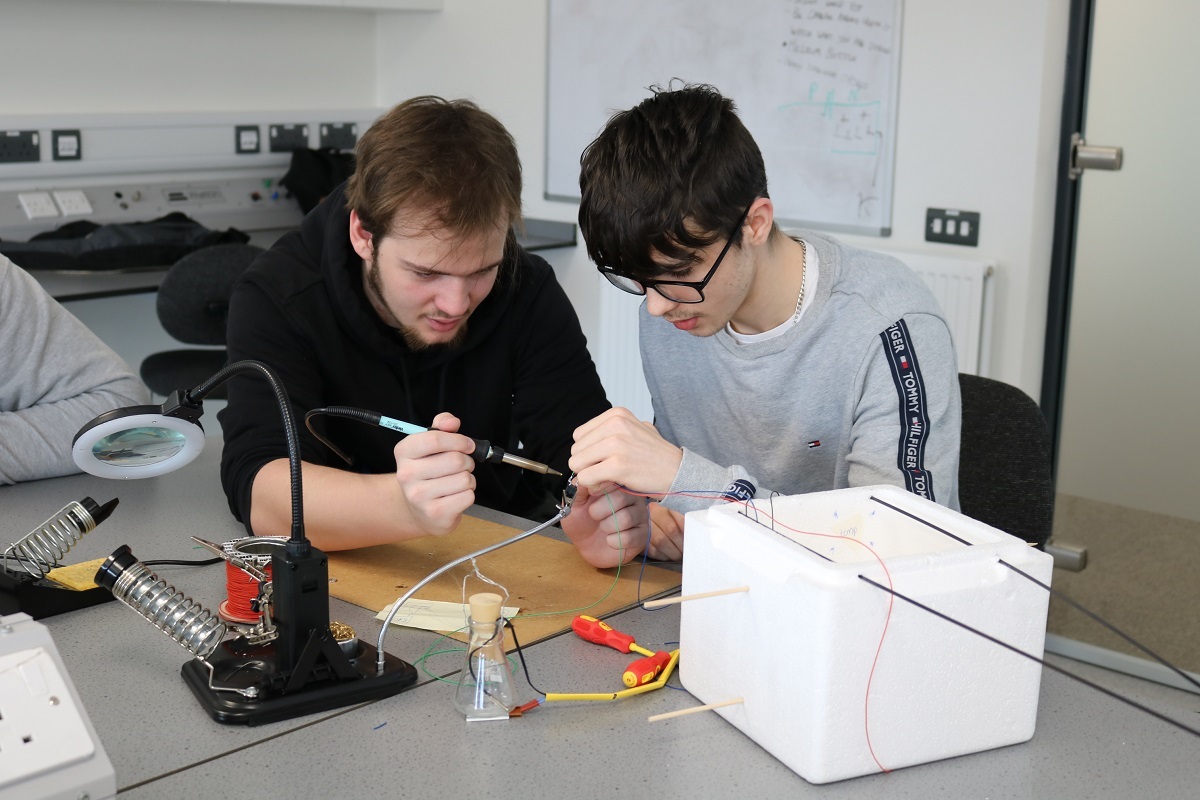