This site requires Javascript for general functionality regarding searches and applying/validation for courses. Please enable Javascript for this purpose. College ESOL student wins acclaim for her work as an artist | Wiltshire College & University Centre Skip to Content

Nadiia Oleshchuk, an English for Speakers of Other Languages student at Wiltshire College & University Centre, has won much acclaim for her work as an artist.

An English for Speakers of Other Languages student at Wiltshire College & University Centre is in the running to earn an art residency at a top London studio.

Nadiia Oleshchuk, who is originally from Ukraine and now lives in Bradford on Avon, is studying an ESOL course at the College’s Trowbridge campus.

Nadiia is a self-taught artist and has been drawing since childhood but only started to focus on it seriously at the age of 30. Now 51, Nadiia is beginning to achieve much acclaim for her work.

She is already a competition winner with Golden Time Talent – an organisation holding international contests and festivals for creative teams and solo artists – and her latest achievement is to have her picture entitled 'Take Me With You' displayed at the Wiltshire Museum in Devizes for three months as part of their Oexmann Art Competition, which celebrates work by artists based in the county. The piece was chosen as an iconic picture of the refugee experience and sold for £1,300 less than half-an-hour after going on sale.

Nadiia is now participating in the Artist in Residence (Community Portrait Project) at The Earls Court Development Company where winners receive a three-month residency at a London studio and have their work displayed around the Earls Court site.

As part of the process, Nadiia had to attend an interview panel in London – which included a representative from the National Portrait Gallery – and will find out if she is one of the four winning artists early in the new year.

Nadiia explained: “Art is what my soul has been drawn to since childhood. I always liked to draw, especially copying others’ drawings. I have been doing this since I was five years old but the biggest impetus was a school trip to St Petersburg where I visited the Hermitage Museum. There was an exhibition of art from all over the world and I said to myself: ‘I want to draw at the same level’.

“I only started drawing seriously at the age of 30. Realising I had no artistic education, I began to study on my own. It was a form of relaxation and step by step, I learned about the tools used in art and various painting techniques. When I am working, there is no time, no space, nothing and no one, I am in another world, in peace, not noticing anything around me.

“Once my skills had developed, order after order came in. I think I have made more than 5,000 different pieces of work during the last 20 years.

“After arriving in England, I decided to take part in the Golden Time Talent competition to see how my skills were evaluated by professional judges. I was very surprised when one of my works won the Grand Prix and five others took first place. I have since started to send my work to art exhibitions and taking part in projects to share my work with other people.”

Since starting as an ESOL Summer School student earlier this year, Nadiia’s English speaking skills have continued to improve, and she highly recommends the courses to others in her position looking to do the same.

Nadiia said: “College is a good experience. The ESOL course gives you the opportunity to expand your horizons, meet interesting people, and improve your conversational level and knowledge of the English language as much as possible.”

ESOL courses are run on a full-time or part-time basis at the College’s Chippenham, Salisbury and Trowbridge campus. Find out more here.

PICTURES: Nadiia Oleshchuk (top) and her recent piece called 'Take Me With You' (above) 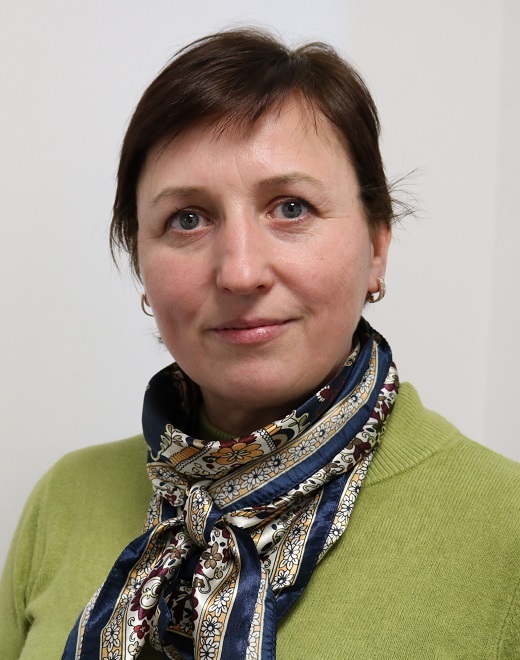