Former Wiltshire College & University Centre student Ben Harte is celebrating the publication of his children's book 'Do You Know the Colours of the Rainbow?'

A Wiltshire College & University Centre alumni is celebrating the publication of his first book following a true labour of love – in more ways than one!

Ben Harte, who studied a Performing Arts course at the College’s Chippenham campus from 2000-2002, saw his new children’s book ‘Do You Know the Colours of the Rainbow?’ hit shelves in April.

Ben and his wife, Jo, came up with the idea for the book during the couple’s pregnancy for their daughter Isabella, who was born in September 2017.

However, it wasn’t until Jo was in labour that the story really began to formulate.

Ben explained: “Jo and I came up with the idea while expecting the birth of our first child. We wrote the story whilst at hospital between contractions when she ‘had some time to kill’.

“With a busy lifestyle, the opportunity to sit down and get writing didn't arrive until we were in hospital waiting for Isabella to be born.

“Our inspiration came via a mischievous magpie that visited our garden and stripped the branches off a tree to build a nest. We decided to nickname him ‘Marvin’ and he became an integral figure in the story.

“We always said we would write our idea down one day as we both love children's books and we ended up drafting the story together in a notebook I had in my hospital bag.”

Ben and Jo both now work as teachers, which also provides a central theme within the book.

In ‘Do You Know the Colours of the Rainbow?’, a teacher talks to his class about rainbows and what each colour reminds them. The students then draw rainbows of their own, only to discover they have mysteriously disappeared when they return from their lunch break.

Ben has always had an interest in storytelling and looks back fondly on his time at the College where this passion was harnessed.

He said: “I moved to Bowerhill in Melksham in the summer of 2000 and spent two years at the College’s Chippenham campus, studying Performing Arts.

“Whilst there, I organised a Children in Need concert as a fundraiser and this was a huge success. I also took on lead roles in four of the Logan West productions (Cinderella, Annie, Little Shop of Horrors and West Side Story), with the first three held in Melksham.

“Since then, I’ve moved to Coventry to study a Theatre Degree and onto London where I was a body double for Daniel Radcliffe in the Harry Potter film franchise. Nowadays, I’m a primary school teacher in a village school close to Newbury, West Berkshire.”

‘Do You Know the Colours of the Rainbow?’ is published by Austin Macauley Publishers and is available from Amazon, Waterstones and WH Smith. More information is available via benharteandjoharte.ampbk.com.

Wiltshire College & University Centre is launching a new Alumni Network this summer to celebrate the success of our former students as well as provide the opportunity for those who have left to reconnect with the College.

If you have a story you’d like us to celebrate, email marketing@wiltshire.ac.uk and help us share your success - and be sure to look out for the launch of our Alumni Network later this summer. 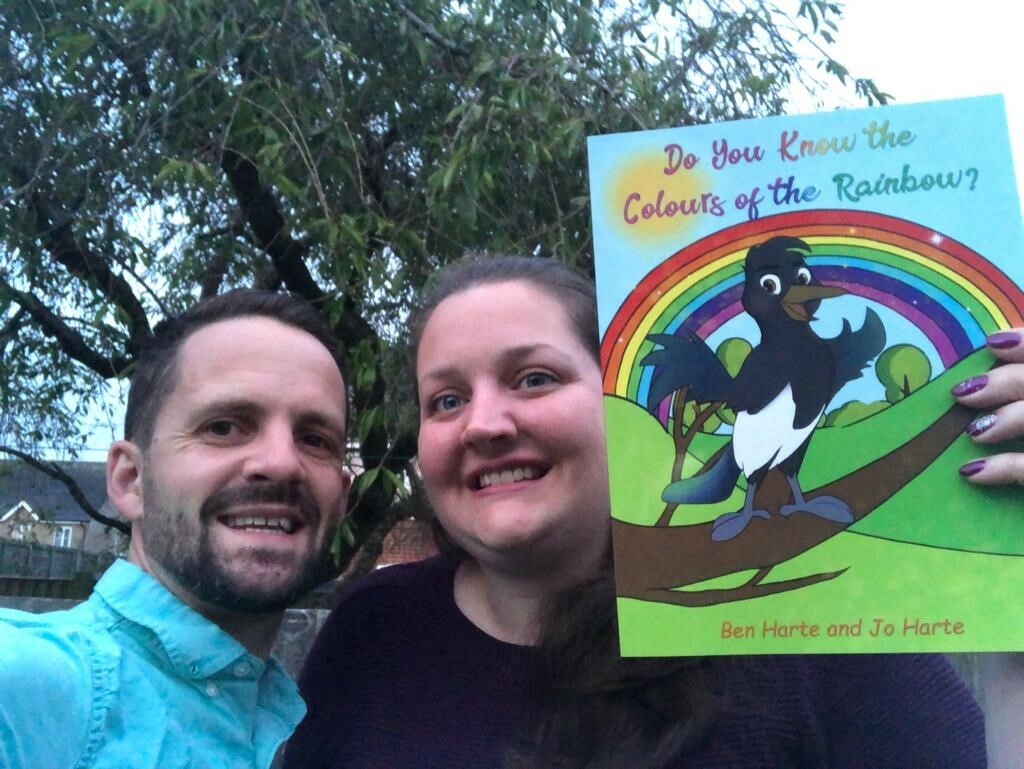