This site requires Javascript for general functionality regarding searches and applying/validation for courses. Please enable Javascript for this purpose. Spotlight On: Motorsport Engineering | Wiltshire College & University Centre Skip to Content

Find out more about the College's Motorsport Engineering courses.

When it comes to unearthing and nurturing the next generation of talent in motorsport – both on track and off – Wiltshire College & University Centre is in the fight for pole position.

The College boasts a dedicated Motorsport Engineering facility located at Castle Combe racetrack near Chippenham and runs a number of programmes in the sector, from post-16 courses to university-level qualifications.

Emilia Vincent is among that lucky group of youngsters who get to learn their trade at one of the country’s best racetracks.

Emilia, 24, completed her studies on the College’s Foundation Degree (FdEng) in Motorsport Engineering in 2020 but remained part of the College’s racing team this year as they ran two cars in Combe’s Hot Hatch Challenge series.

The season was an undoubted success for the College, with Alex Buley leading home a one-two for the team’s two Honda Civics ahead of Emilia in the final Hot Hatch Challenge Class D standings.

“The season was absolutely fantastic. The team were awesome and we had no DNS during the season. Every test day we did, the car was absolutely flying, and we were going quicker and quicker,” said Emilia.

“Everyone put in so much hard work and dedication, so to have my team-mate finish first in class and me finish second was awesome.

“The cars were first brought into our workshop when I was in the final year of my course and then to get asked six months down the line do I want to race it? Of course, I do. It’s not like you get an opportunity like that every day. Sorry mum but I'm taking it.

“I believe for next season there will be a few more cars running from the College. Hopefully that is in the pipeline because it’s a great thing for students to be able to do.”

For every half-hour or so of exhilaration and adrenaline on track comes weeks of hard graft in the workshop, with students working on modifications and improvements to the cars as part of their studies.

Emilia explained: “Sometimes there’s a lot that needs doing as it’s not just my car, it is Alex’s too, but it depends on how the cars were from their last outing. The cars get checked thoroughly and if there are any problems mentioned during a race or test, they get investigated.

“The staff will often go: ‘This is the problem with the car, can you guys fix it?’ Obviously, there are people around to help and give pointers, so we’re not just let loose on the cars, but the students do quite a lot of the work, which is great.

“To be able to walk into a workshop and say: ‘I might do some bits and pieces on this race car today’, rather than scrolling through Facebook or something else boring is really cool.”

The opportunity to work with race cars under the guidance of industry experts at a celebrated circuit seems like the ideal opportunity for any up-and-coming motorsport enthusiast.

Just ask someone who did exactly that.

“I absolutely loved my course at Wiltshire College & University Centre. Before I started, I was working in a pub, just trying to get some money and seeing what was around the corner,” said Emilia.

“When I met my other half, he said he was doing a Motorsport Engineering degree. I had never even heard of that before but I wanted to give it a go to. So, I signed up to do the course at the College, got my degree, and it is the best thing I have ever done.” 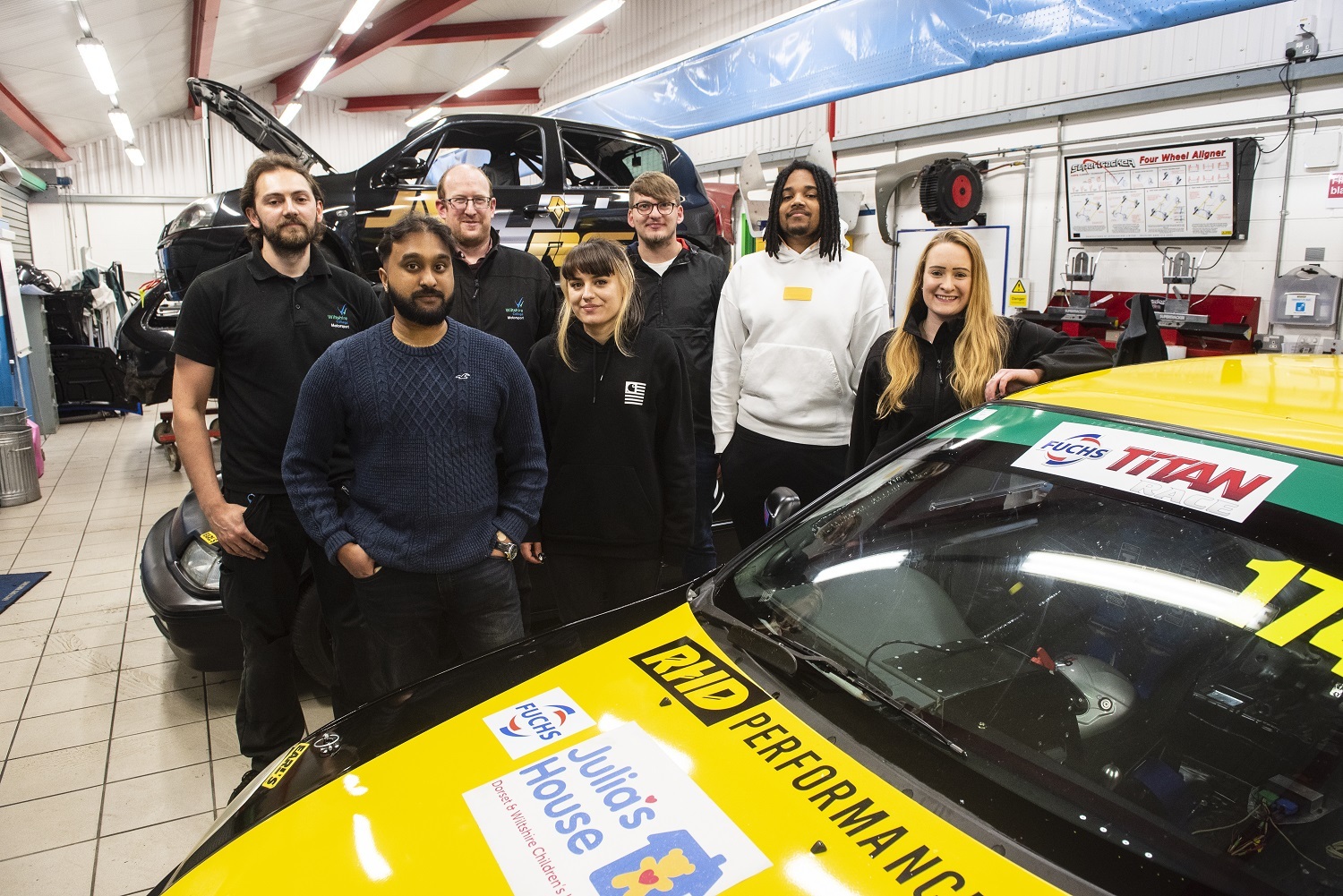