Find out how Lackham was involved in the Second World War.

As part of remembering the Armistice, the College is taking a glimpse at how Lackham was involved in the Second World War.

During the War, Lackham was owned by Major Holt, the High Sheriff of Wiltshire. From 1943 to 1944 the Estate was requisitioned by the War Department, and became the headquarters for the 10th Armoured Infantry Battalion of the 4th Armoured Division of the 3rd United States Army, commanded by General George S. Patton.

Little information is available of the American stay here. However, the College has a few glimpses of their experiences. One recalls their initial arrival during the cover of darkness. Apparently, first impressions were that the manor was surprisingly small. In fact, they hadn’t noticed Lackham House due to a blackout, and drove straight past it to the stableyard. Another is more tangible - if you look closely at the large beech trees next to Lackham House, initials and dates emerge that are inscribed in the bark. Distorted over time, the clearest appears to read ‘JD 1944’ - one year before Lackham was derequisitioned and purchased by Wiltshire County Council to later become the county’s agricultural college.

Besides these fragments, the clearest trace of the American soldiers’ stay at Lackham are the pillboxes, guard posts paid for by the War Department. Seven were built in total, and six are still standing today.

Small concrete structures, the pillboxes are extremely plain and hard to spot where they hide in the trees and bushes. During the War, they held a defensive line along the River Avon and main drive into the Estate. They were bullet proof, designed with small openings on each wall from which weapons were to be fired.

There are three variations in pillbox structure at Lackham: the Type 24, Type 21 and Type 26. It is thought that the pillboxes were constructed specifically for General Patton, however their positioning on an existing defensive line suggests that they were in place prior to his command.

Stepping down into one of these structures is an eerie experience; they are dense and sombre, yet they sit peacefully in the surrounding landscape. Pillboxes are still a fairly common site in the UK. However, it is rare to find a collective set such as these, making it even more important to preserve them.

To learn more about the history of Lackham, check out Tony Pratt’s extensive writing on the Estate over the century. The WWII segment can be found here. 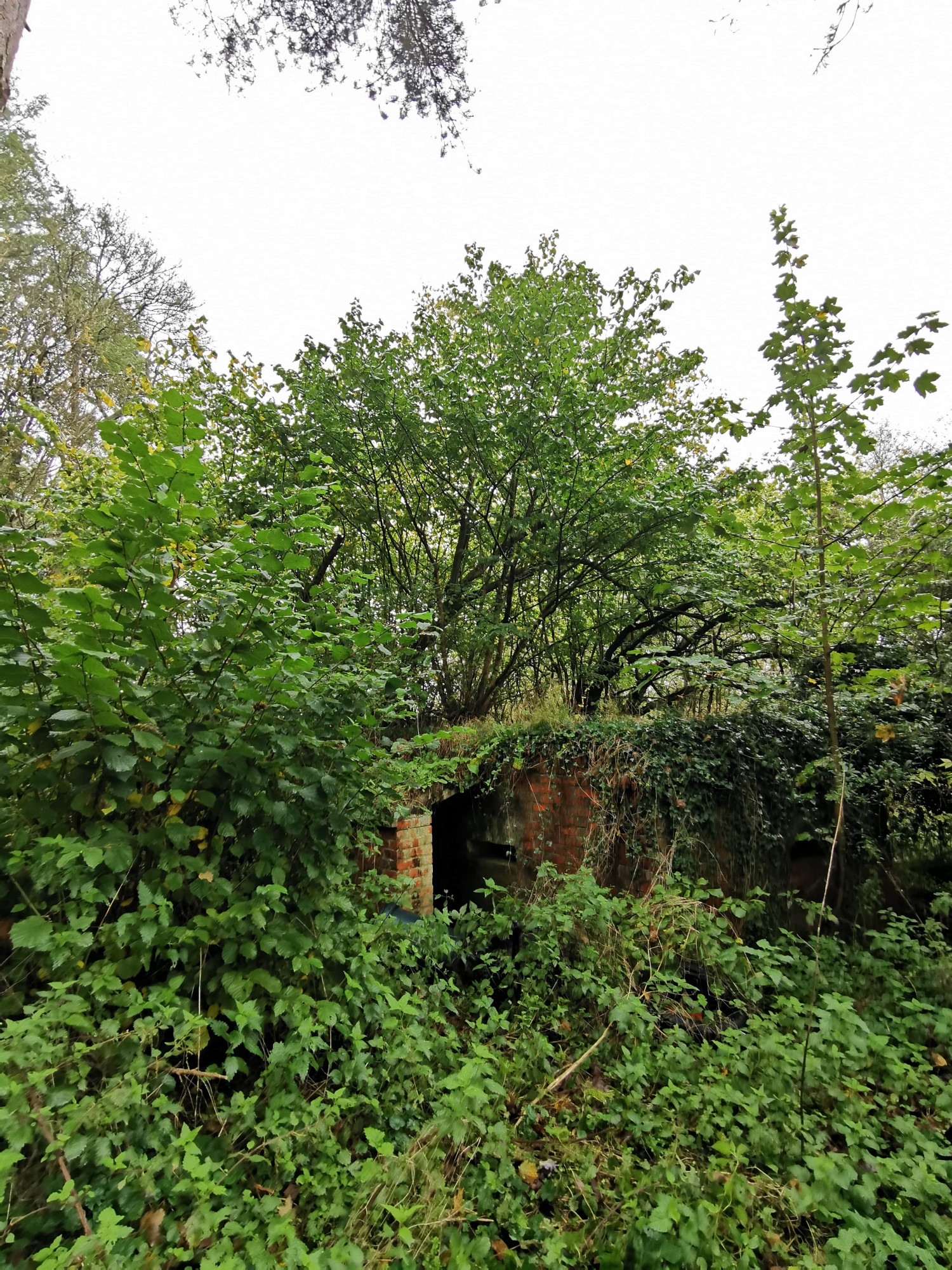