It’s a state of mind.

That’s just one of the recruitment taglines to capture the attention of anyone considering a career in the Royal Marines and Public Services students got the chance to see if they had had it during an intense week of commandos training.

There was no easy start for the 10 students who, after being kitted up at Lympstone, the marine’s principal military training centre, were taken on a gruelling two-mile endurance run. This was followed the next day with fitness assessments in the gym for the students to gauge their standards, a swimming session and an assault course. If that wasn’t enough, the recruits also had to complete a basic fitness test, a three-mile run and a camouflage and concealment field exercise where they learned the basics of harbour areas, how to put up a bivi shelter, cooking with ration packs, stalking the enemy and camming up.

For many, just some of those activities might have been enough to put them off, but it only inspired the Level 2 and 3 students from the Salisbury and Lackham campuses, who joined the College to pursue a career in one of the forces. Scott Carthy, Deputy Head of Department for Health and Life Sciences, said: “This initial taste of Royal Marines training really motivated and engaged some of our students to pursue a career in the elite Royal Marines. They haven’t stopped talking about their trip since they got back!”

Jack Thorne, aged 17, progressed onto the Level 3 at the Salisbury campus after completing the Level 2. He said: “When I started College, I originally wanted to join the RAF but this trip to the training centre for the Royal Marines at Lympstone has really made me change my mind. I loved the course and although it was really, really tough, I enjoyed everything about it. My favourite had to be the endurance courses where we were running in water up to our shoulders and had to be completely submersed and go through a water-filled tunnel.”

Harry Rosa, 17, said as well as the physical activities, he found being able to talk to current recruits and training team, invaluable. “I wanted to go into the Marines even before we went on this trip, but that week just confirmed it. We learned not just about fitness but the types of training to really prepare yourself and how to push yourself out of your comfort zone.

“We also learned all about the 32-week basic training that recruits go through and were able to talk to some of them about what the it has been like for them and listen to their advice.”

For Tom Edwards, having to face his fear of heights was a test. The 16-year-old said: “In the pool we had to dive off a three-metre board. I know that doesn’t sound very high, but I just don’t like heights and felt really nervous about this part, but I proved to myself that I could do something I didn’t think I could.”

Peter Adley,16, had been exploring careers in both the police and RAF until this recent trip. “This course definitely has made me think about my options as I really enjoyed the whole experience”, he said. “My favourite part was the assault course, but it was also great to learn about other things such as ironing your kit!”

If you would like to find out if a career in any of the public services are for you then our courses could be just what you need to prepare. Find out more information about what you can study and at which campus here. 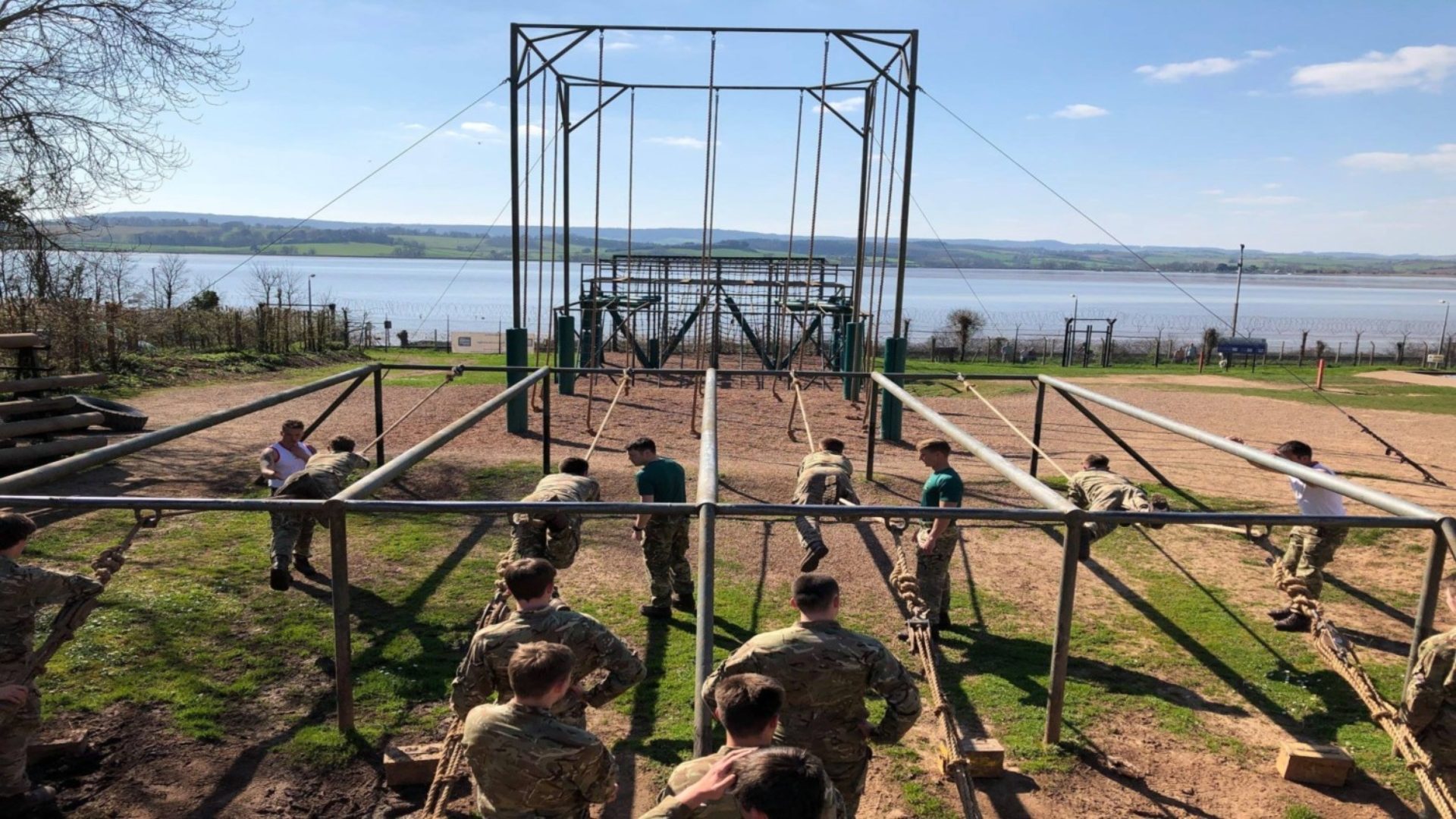